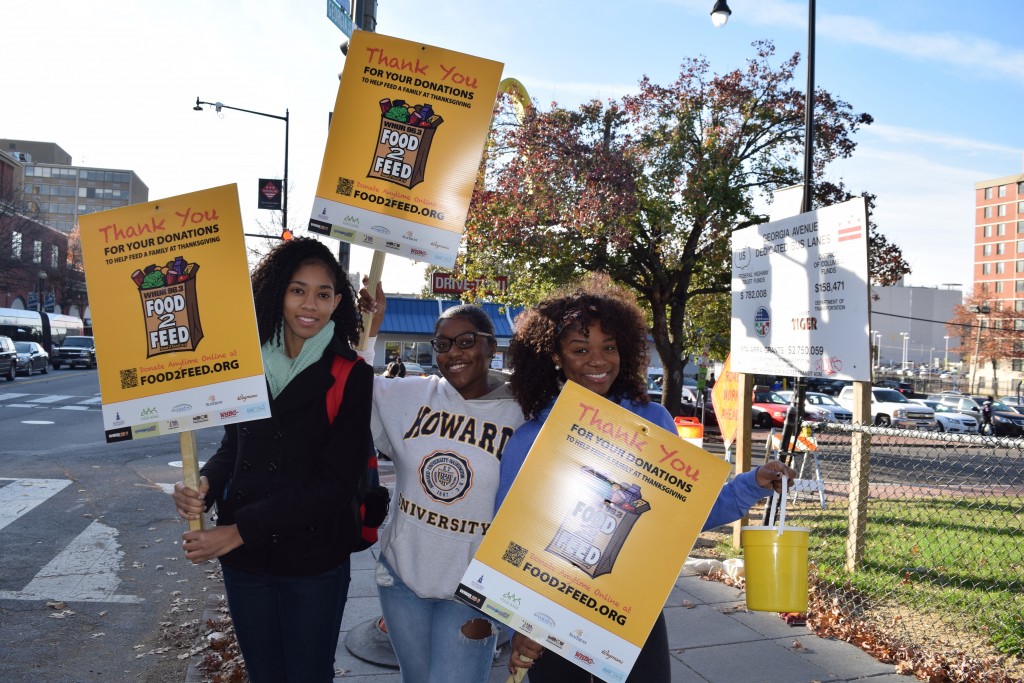 Freshman Aaliyah Meade and her peers were stationed on Georgia Ave with their donation buckets. They chose to wait by the 70 bus stop in hopes of catching people coming on and off the bus.
Photo by: Diandra Bolton

WASHINGTON– The holiday season can be especially difficult when a family has no money to buy gifts, or more importantly to feed themselves.

Howard University’s radio station, WHUR FM and Howard students took to the streets around the university and the airwaves from sun up to sundown to alleviate some of the financial and hunger problems facing the less fortunate with their annual Food 2 Feed event with  a 12-hour food and donation drive.

WHUR Deputy General Manager Sean Plater said the event takes a lot of work and coordination from the radio station’s staff and students, but it’s worth it.

“This is a major undertaking,” Plater said.  “It is one of our biggest events of the year but it’s the most important because we help so many people. It affects hundreds of thousands families. That’s what this station has always been about.”

“For one dollar you can help three families with a meal.”

All funds donated are used to purchase non-perishable items and other holiday trimmings through Wegman’s grocery store. The food is then split, half of it goes to the Shabach Ministries and the other half goes to the Capital Area Food Bank.

According to the Capital Area Food Bank website, it has partnered with Food 2 Feed since 2008 as part of its effort to feed more than a half million people annually.    Shabach Ministries is a Baptist organization that offers emergency services, including food.

While students spanned out across the streets in and around the university, radio personalities Tony Richards, Mo Ivory and George Wilburn were in station promoting the event to the station’s listeners.

People were able to make donations online though the Food2Feed website, via a phone bank staffed by volunteers or by bringing donations and checks to the station.

Paij Mears, who once worked at WHUR and WHBC, the student-run station, always returns to help with this event, despite having moved on from the stations.

“I think Food 2 Feed makes a great difference in the community,” Mears said.  “We provide food, money clothes and all the essentials for winter. It works perfectly together because the radio station has such great reach and the homeless need as much help as they can get.”

On the streets, volunteers were lined along Georgia Avenue, Bryant Street and Sixth Street cheering shaking their Food 2 Feed buckets for any donation amount.

Aaliyah Mead, a freshman biology major, was excited to participate for the first time.

“I really want to help out this holiday season,” Mead said.  “I want the inner city to really feel my impact as a student here. I figured it was the least I could do.”

The station’s drive is in its 38th year, but this year featured a first.

“This is the first year that we’ve done Food 2 Feed on campus,” Plater said. “We’ve been at the Reagan building in the past and in the area of the new Trump hotel.  It’s good to be back home doing this event.” 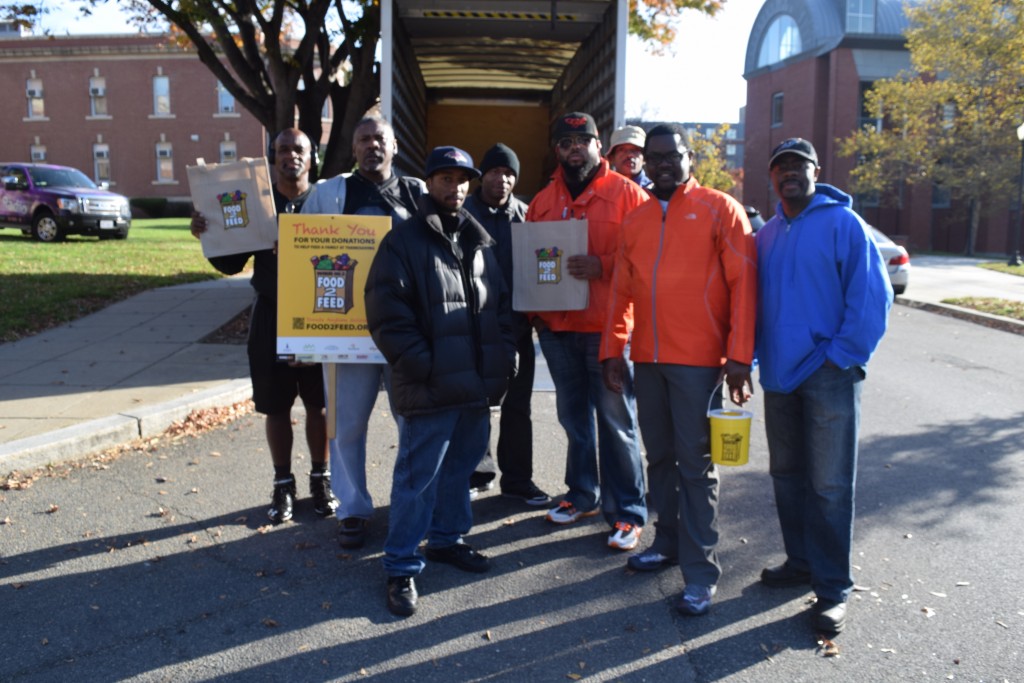 Members of the First Baptist Church of Glenarden take break from their work for picture. The church has been supporting Food2Feed for several years now with not only donations but volunteer manpower.
Photo by: Diandra Bolton

Shabach Ministries is under the First Baptist Church of Glenarden.   Lawrence Weaver, a member of the church explained why his church supports this event.

“We’ve been doing collaboration with WHUR for the past few years and we’ve been collaborating with them to feed the hungry, especially for this season right now,” Weaver said.

“A nice amount of our church members are always involved in this event. One thing is for sure there are many people from all different walks of life are helped by this ministry.”

April 3, 2012, marks an important day for the District. It is the day when the city's nearly 370,000 registered voters cast ballots to select their party's nominees…