Georgetown University voted on the GU272 Referendum that would pay reparations to students who are descendants of the 272 slaves sold by Georgetown Jesuits in 1838, on April 12. Just two days later on April 14, a countersuit was filed.

The GU272 referendum is the work of the GU272 Descendant Association. It would increase Georgetown’s tuition by a symbolic $27.20 a semester to pay reparations to the descendants of enslaved people sold by Jesuits to save the university in 1838. The vote passed with a 57.9 percent voter turnout, one of the largest in university history.

The ongoing countersuit claims the referendum violates the university’s constitution and by-laws. The Georgetown University Student Association’s Constitutional Council is in the process of addressing the suit, but no decision has been made yet.

Student association president Norman Francis says a referendum like this is nearly unheard of.

“To get a vote like that is unprecedented. One of the more popular votes is for the executive and voter turnout for that was only like 30 percent,” Francis says.

Referendums happen every so often, at least once a year with more important ones, like the Registration and GU272 Referendum, occurring every few years, Francis says. Getting a referendum just to be considered by the Senate, takes a considerable amount of student support from the very beginning. Francis credits the GU272 Advocacy Team for handling the heavy work dutifully.

“Mostly all I did was just write a flyer to push people to vote,” he said.

“Something happened, we made progress in some degree. But, it also feels like this is only just one step,” Francis says. Students may have passed the referendum, but the Georgetown Board of Directors has not had a chance to discuss. Discussions will not begin until the summer. Students hope the university will strongly consider the referendum in the upcoming tuition.

Melisande Short-Colomb, a sophomore whose ancestors were sold by the Jesuits in 1838, is part of the group who composed the referendum. The GU272 Descendants Association’s Advocacy Team is a small group as Short-Colomb describes it.

“We have been a small group of committed students who got together early in the school year to try to decide on some ways in which we can engage the campus in creating generational memories,” she says.

Many students on the team are graduating seniors this year, and Short-Colomb says many were worried their impact would not be felt after they graduated. “There was some concerns amongst seniors that their institutional memory was going to be lost on campus if we didn’t get together and do something to make it matter to students.” It was essential to the advocacy group to make the history part of the culture of the university.

The genealogist of the Georgetown Memory Project informed Short-Colomb that she was a descendant in July of 2016. She says she was at work when she received the message. “I had to sit with it a little while before I could even articulate it to anybody,” Short-Colomb says. Georgetown granted legacy status to descendants of the GU272 and Short-Colomb was one of the two students who took the school up on the offer and is the oldest degree-seeking undergraduate student on Georgetown’s campus at 63- years-old. She says she experienced the same hardships as any freshman attending college. “I didn’t know about the hills. Everybody moved around so fast.”

On April 14, the Constitutional Council and those named, were made aware of the suit. From then, all parties had to have all the documents written by April 16. Then the hearing was held on April 17. Many students were not on campus due to Easter break during the proceedings. The council is now in the process of handling the suit.

“We have no idea when a ruling will be made. It’s very up in the air right now,” Francis says. In an ideal world, proceedings would finish tomorrow to coincide with the Georgetown Senate’s final meeting of the school year. Francis says he believes the senate would want to come to a final ruling by the end of this semester as to not have anything unfinished when their Chief Justice graduates in May.

The suit contains complaints against many tiny details regarding the referendum.

One of the students who filed the suit, Chris Castaldi-Moller, told Georgetown’s student newspaper in an email, “We submitted the suit because it is abundantly clear that the Election Commission, the Ethics & Oversight Committee, and GUSA as a whole violated their own Constitution, By-Laws and ethical regulations in the referendum process.” Castaldi-Moller did not respond when contacted for a statement for this article.

“It seems like they’re having issues with the minutia,” Francis says. “I don’t believe they represent the rest of the folks that voted no. This is definitely a minority of students who wanted to represent their displeasure in this way.”

“I believe that these people have the right to oppose, what people should not have the right to do is disregard valuable action because things didn’t go their way,” Short-Colomb says. She says she believes in the process and hopes the vote is not disregarded by the administration and, “is recognized as an important statement by the student body.”

“This is what the students of Georgetown want,” Francis says, “We want to honor the unwilling sacrifice that the GU272 made, and this is how we’re doing it.” 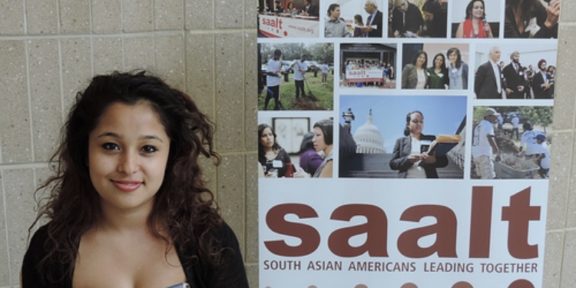