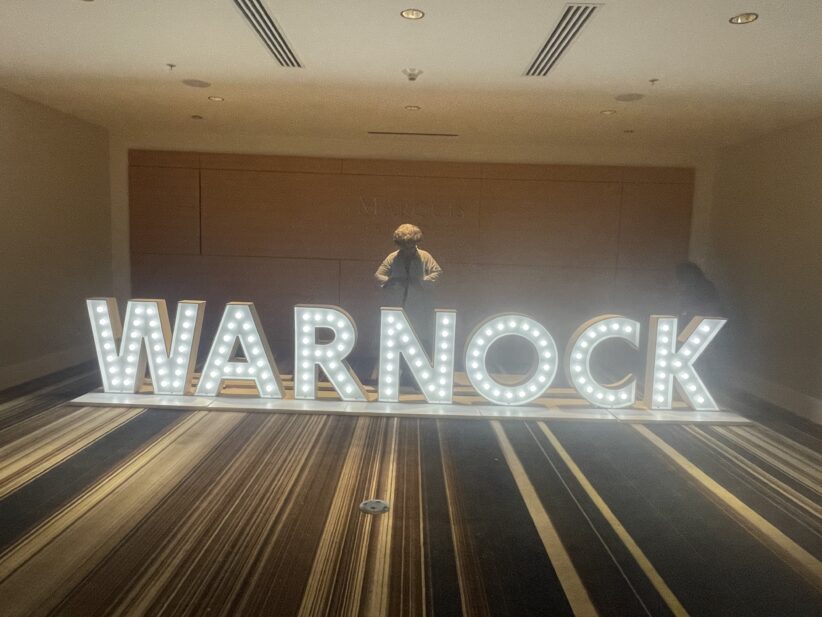 ATLANTA – The Georgia Senate race has officially been declared a runoff by the Associated Press, and Sen. Raphael Warnock had some words for that at his election night party.

Because the voter percentages for Warnock and his Republican opponent, Herschel Walker, are below 50%, the candidates must run off against each other again on Dec. 6, and voters can vote for whomever they choose. The outcome might also decide the balance of power on Capitol Hill.

About 3.9 million voters cast ballots for the Senate race, according to election results from the Georgia Secretary of State. Warnock captured 49.42% of the vote; Walker, 48.52%; and Libertarian candidate Chase Oliver, 2.07%, contributing to the split at the top of the ticket. But this runoff business isn’t new to Warnock.

Warnock won his seat in the Senate in a runoff in 2020 against Kelly Loeffler, becoming the first African American senator from Georgia.

Nearly four hours after the event opened to the public, the senator addressed supporters’ concerns about Walker taking the lead at one point.

“We always knew that this race was gonna be close,” Warnock said. “So, y’all just hang in there. I’m feeling good.”

Warnock thanked his supporters for showing up to the event. He also said that he would come back to say more into the night as results piled in.

A host of people came to campaign for the senator before he spoke. Faith leaders like the Rev. Gerald Durley and elected officials like DeKalb County Chief Executive Officer Michael Thurmond showered Warnock with support.

“We are here to say yes to dignity, yes to honesty, yes to truth. And Hell no to Herschel Walker,” Thurmond said.

And it was a party. Liquor was flowing as Warnock supporters mingled with each other. Blue lights illuminated the room while jams like “Knuck if You Buck” played throughout the night.

Supporters danced the night away, and some of them held onto hope for Warnock’s success despite Democrats losing up and down the ballot in Georgia.

“I’m waiting for Fulton and DeKalb votes to come in so I’m hopeful,” Jennifer Winingder said.

Fulton and DeKalb are Democratic. And huge. These counties hold the power to swing an election. Warner was the leader in Fulton County at 73.52% and DeKalb at 84.26%, according to election results.

But Winingder and other supporters stressed how the governor is the key to the legislation that other candidates, like the Secretary of State, pass.

“Elected officials don’t get anything done, because the governor vetoes everything they push forward,” Farhana Hasan said.

But Warnock’s ending to his speech wasn’t somber or one of worry over the losses of the Democratic Party in Georgia. No, it was one of hope.

Toni Odejimi, a student at Georgia State University, is part of the election team for HUNewsService.com and will be covering the Warnock-Walker runoff. 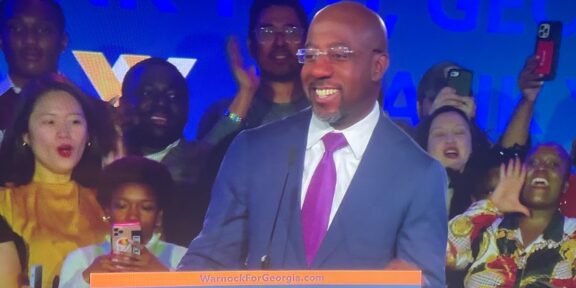 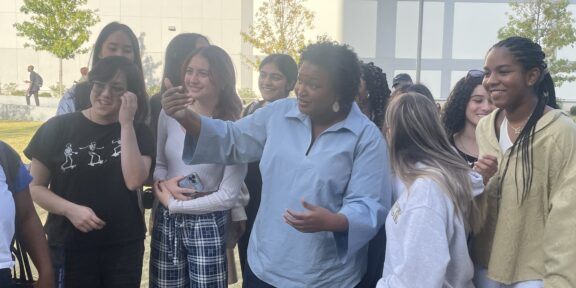 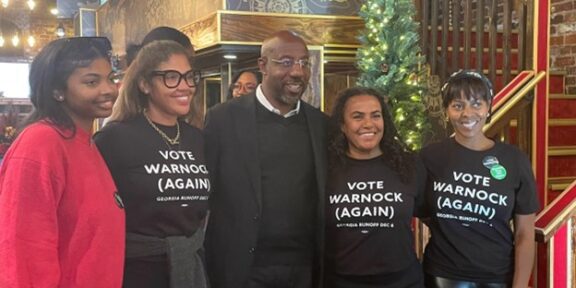 By Toni Odejimi Howard University News Service ATLANTA (HUNS) -- It was all about early voting again for Sen. Raphael Warnock who spoke at Omni Coffee & Eggs…

By Toni Odejimi and Joshua Heron… 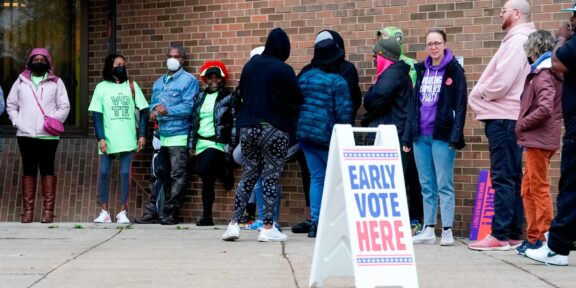