Respondents in Poll Say Climate Change Is an Important Issue

As Democrats gear up for midterm elections, the black electorate will play an important role in battleground states. According to a recent poll, between 74 percent and 80 percent of African Americans surveyed said they are very likely to vote in key elections.

The poll, conducted by the Joint Center for Political and Economic Studies (JCPES), questioned 500 African Americans in South Carolina, Missouri, Arkansas and Indiana on their opinions on climate change and the elections.

Two-thirds of the respondents said they are following news on the midterm elections closely and a majority said that climate change was important in choosing a senator.

According to Sabato’s Crystal Ball, a publication of the University of Virginia Center for Politics, the majority of the congressional seats rated a toss-up are currently held by Democrats and if elections were to occur today, Republicans would gain seven seats in the Senate and 27 in the House of Representatives.

Impact on Party Control in Congress

High participation rates in the black community could impact party control in Congress, potentially reversing the prediction in favor of the Democrats.

“There’s a lot of states where Democrats just can’t win unless African Americans turn out at the same rate that they did in 2008,” says Tom Jensen, director of Public Policy Polling.

Jensen anticipates a drop in black voter turnout by 10 to 11 percent but says it will vary race by race.

“There are some candidates who are willing to motivate black voters to come back out to the polls just like they did in 2008 for Barack Obama, and there are other candidates who will not inspire African Americans to vote,” Jensen says.

Of the JCPES respondents, majorities in each state have already demonstrated to favor particular candidates. Among them, Secretary of State Robin Carnahan, D-Mo, who is one of two leading candidates vying for the senate seat left open by the retiring Republican, Kit Bond. The other candidate, Roy Blunt, R-Mo., received neutral approval responses.

“It’s very clear that African Americans are paying attention to what is going on right now,” says David Bositis, Ph.D., director of the JCPES poll. “They’re very supportive of President Obama and issues related to climate change. They take those issues very seriously.”

The majority of respondents said they believe the Senate should pass legislation to reduce greenhouse gas emissions before the next election.

“Republicans will lose votes that they could possibly win from blacks, the young and working class Americans if this issue is successfully framed as boosting America’s stagnant economy,” says Katherine Tate, University of California Irvine professor and author of upcoming book “What’s Going On? Political Incorporation and the Transformation of Black Opinion.”

Tate says the environment has never been aggressively linked to the black political agenda and attributes the strong interest to Al Gore’s leadership as vice president and President Obama linking his green policies to job creation.

Jacqueline Patterson, director of the NAACP Climate Gap Initiative, considers the support a natural extension of a historical relationship between African Americans and the environment.

“We’re building on existing practices,” Patterson says. Gardening and frequent use of public transportation are among the activities that have kept African Americans in “sustainable mode” and as leaders in the environment, she adds.

“We’re willing to put our money where our values are,” Patterson says. Patterson identified extreme weather, displacement and health concerns among the issues influencing black opinion and the commitment to fight climate change economically.

The majority of the polled African Americans said they would pay an additional $10 per month on their electric bill to curb global warming. More than a quarter said they would pay up to $25 per month. Despite a tumultuous economy and high unemployment rates, respondents were clear on their willingness to make a financial commitment.

In closely contested races, the need for candidates to be in tune with the issues important to their constituencies will be ever pressing, but the environment, though considered, will not take priority, Jensen says.

“Voters of all stripes say that their No. 1 thing is jobs and the economy,” Jensen says. “What is going to be most important for Democrats to get across is that putting the Republicans back in charge is not going to make things better, but the policies pressed in Obama’s pursuit will take some time to really make an impact.”

According to Jensen, Democrats will ultimately need to be successful beyond black voters and push more than green issues.

“There are still many, many more white people in the country than black people. If Democrats completely lose the white voters like 70-30—and that’s what we’re seeing in some races— then it’s not going to matter how many African Americans turnout,” Jensen says. “The Democrats will still lose.” 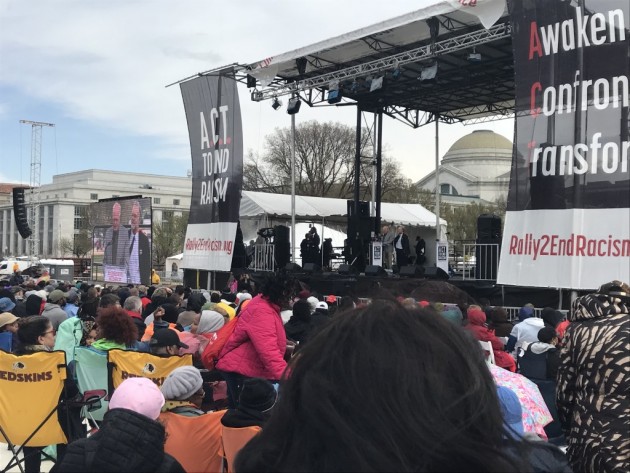