With the sun gleaming down, and the heat forcing people to fan themselves with whatever they can, hundreds of people still stand in the lines for National Museum Day in the district.

However, others, including Marianne Lobban, a 32-year-old resident of Virginia, managed to get out early and beat the crowd.

Lobban was glad to be able to visit the National Museum of Crime and Punishment and experience something so similar to what she watches regularly on television.

“I have never been here before, but it was a good opportunity, since normally I would have to pay to get in—and I am a big ‘CSI’ fan,” Lobban said. “I love it in here because this museum is interactive, and you really get hands-on and involved.”

On Saturday, Smithsonian Magazine held the 6th Annual National Museum Day, which included more than 1,300 museums.  In order to gain access, people had to download a Museum Day ticket from its website. This ticket was valid for up to two people per household to enter one museum of their choice for the day.

But, this year, another fairly new museum, the Newseum, was added to the list.

“We were kind of a last minute addition,” said Kellyn Hoffman, a 24-year-old Newseum staff member. “We were actually going to put ourselves onto next year’s ballot, but then they said hey, we still have time to put ourselves on.”

With this weekend’s different activities, like the National Book Festival and National Museum Day, the Newseum has been getting lots of business, Hoffman said.

“It is a Saturday, so we usually get a lot of folks, but there is literally a line out of the door, so we’re very excited about it,” she said.

The Newseum actually went a step further by extending its free passes until Sunday for people who came with a ticket on Saturday.

“It’s really good that they extended this until tomorrow, because it is hard getting to every exhibit,” said Brittani Jones, a 23-year-old Washington resident.

Jones said she was dragged into the Newseum by a friend, but is actually glad she came.

“Before I went in there I thought it would be boring, because I thought I wouldn’t do anything but read,” Jones said.  “But, my perception changed because of all the interactive things they had for people to do—especially the 4-D theater and its motion simulator.”

With a regular price of $17.95 at the Newseum and $19.95 at the National Museum of Crime and Punishment, it was a rare treat for many who came out to enjoy a hands-on museum experience—for free. 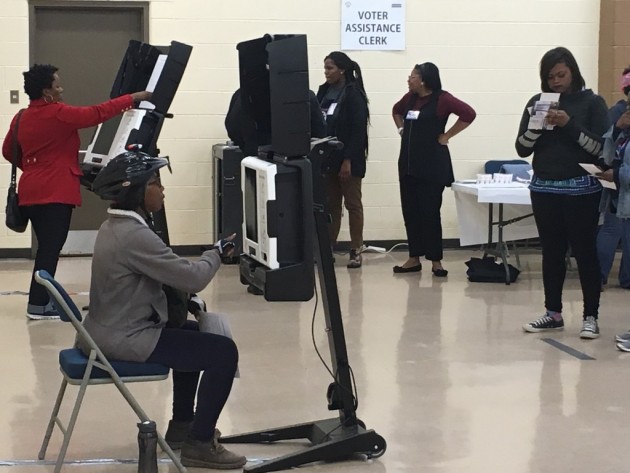 The Life of an Original Tuskegee Airman: Curtis Christopher Robinson

Aviator Signs Books Periodically at the Air and Space Museum Curtis Christopher Robinson sat at a den table. Pictures of fighter planes that he flew during World…

Besides its distinction as the most transformative presidential race in the history of the United States, the 2008 election will be memorable for thousands of new…