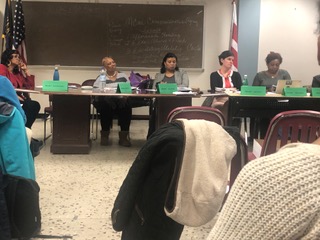 The 4th District Police Station held the monthly Advisory Neighborhood Commission meeting on February 25 for residents of Ward 4. The meeting started promptly at 7 pm with a brief Call-to-Order and Roll Call. The Commission Chair, Brenda Parks, spoke to debrief attendees on the agenda as more residents slowly trickled into the meeting.

The gigantic red numeric numbers and loud alarming sound from the green digital time clock served as a referee to keep the meeting on track. It became immediately apparent for the residents that five to ten minutes to voice their concerns wouldn’t be enough.

ANC 4B01 Commissioner Geoff Bromaghim petitioned the Committee to support the renovations and additions he was looking to make on his home on Aspen St. NW. The home is one of three on the block and led to challenges when asking the Historic Preservation Society to allow changes to be made.

“It appears to have been a mail-order catalog home from the turn of the century there are several other buildings in the district by the same builder and the same design. There’s two actually on the same block said project architect Lisa Rigazio.

Bromaghim and his wife are expected a child, which prompted the changes. They’re looking to add another bedroom and additional living space to their one bedroom, one story house.

Several residents raised concern when the open discussion began. Many cited that the house was a contributing factor to the overall theme of the neighborhood. As explained by resident, David Hamilton, a contributing element helps visually define what a neighborhood looks like. “They all have to have a certain look, rhythm, and style to them. The minute you start eroding those contributing elements what you’re actually doing is diminishing the visual characteristics of what designated the district as historic in the first place,” said Hamilton.

In an effort to get any type of addition approved, the Bromaghim’s architect provided a second design proposal that did not utilize a second story but instead extended backward in order to further preserve the identity of the neighborhood.

The District struggles with providing enough housing for residents. The prices of rent and homeownership have risen and do not seem to be decreasing in the near future.

“From the very start of this process respecting the character of the homes of the historic district has been very important to us. That’s been a goal, we obviously want a little more space” said Bromaghim.

The council was unable to come to a decision on whether or not to support fellow commissioner Bromaghim’s plan. He will reappear at the next ANC 4B meeting on March 25th to plead again before his Historic Preservation Society hearing. They plan to take both models before the board to see which they can get approved, regardless of the ANC’s or community’s decision.

However, local officials seem to have their doubt Bromaghim’s plan will ever come to pass. “When they talk about contributing factors they [The Historic Preservation Society] don’t budge very much and then the fact that it’s prior to 1952, you might have some challenges.” said a representative from the Mayor’s Office of Community Relations and Service.

The Bromaghim’s weren’t the only ones with housing concerns at the meeting.

A senior member of the audience and community, Joy Coleman, had a major concern with the lights in the alleyway behind her house. She expressed her fears to both the police and the commission that the lack of light would contribute to not only crime but also an increase in litter.

“There’s something wrong with the picture,” she said. “When I get up in the middle of the night, there are people walking in the [alleys] and it’s become a problem for me. I’m always looking in the alley.” When asked which light was out, she backtracked and said the lights were actually back on, but the fix took longer than a week.

Her further comments were cut short by Chairperson 4B04 Brenda Parks who stated, “We don’t know what would we do without you, Mrs. Coleman,” to which she replied, “I don’t know either, which is why I’ll be back next week” as she returned to her seat in the audience. 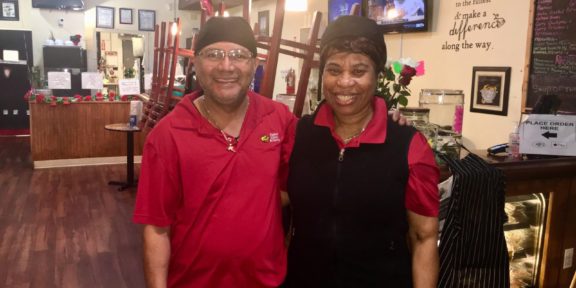 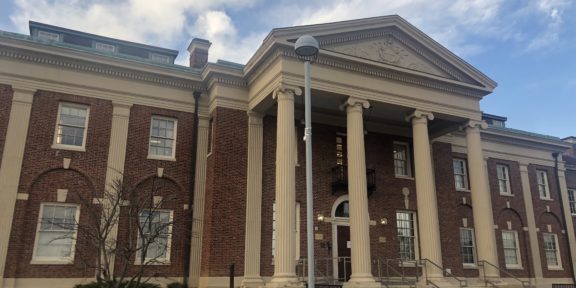