Several Ward 7 residents are outraged by the announcement of an immediate hearing in regards to the residency of two commissioners at an Advisory Neighborhood Commissioners meeting.

On Feb. 21, 2019, Deputy Director of Constituent Services D.L. Humphrey brought an issue to the ANC’s attention. He received letters from the board of elections concerning the matter of Nicole Smith-Mcdermott and Villareal Johnson living outside of their single-member districts. In the letters, the board of elections concluded that this does not have jurisdiction and referred the matter to the ANC so the proper hearing may be held. Humphrey stated that a hearing needed to be taken place as soon as possible and a pre-hearing was held on the same day.

If a commissioner moves out of their single-member district and they do not leave a letter of resignation, then the office is considered to be vacant. If the ANC becomes aware that there is a vacancy they are supposed to send that information to the board of elections.

“We do not want a negative cloud over our commission in regards to any other the commissioners here and past commissioners,” says Humphrey.

The majority of Ward 7 residents were confused about the allegations against the two commissioners. Ward 7 resident Marla Dean said she found the issue interesting because two former commissioners who lost in the November election are challenging the legitimacy of the people who won the election. She believes that this is causing the community to be divided and unable to come together on certain issues in the community.

“In my humble opinion, younger people are coming into power and older, more established people are resisting that process,” says Dean.

She believes that Ward 7 has to figure out a way to open the doors for younger people to become civically involved.

Residents were also upset that the ANC was forced to vote on if a hearing should take place. The issue was presented to residents in an unclear manner, which began with officials not wanting to release the names of the two commissioners. Ward 7 resident Barbara Morgan said, “we are always the guinea pigs in this city and I am wondering who is handling this situation because this is something that should not be decided by this ANC. This was not the intent of the ANC.”

Dean believes that the claim should not have been addressed to the board of elections. Dean says, “the question was not clear on what they were making a decision on and because of the lack of clarity the process was flawed.”

At the end of the meeting, the decision was made to not pursue the claims against the two commissioners. A letter was sent to the board of elections stating that the Ward 7 ANC would not hold a hearing to determine the residency of a commissioner.

The citizens of Ward 7 continue to advocate for their single-member district representatives. They will continue to stand by them as they continue to serve their district. “I believe that my commissioner lives right around the corner from me; I am trying to figure out why we are even entertaining these cases,” says Dean. 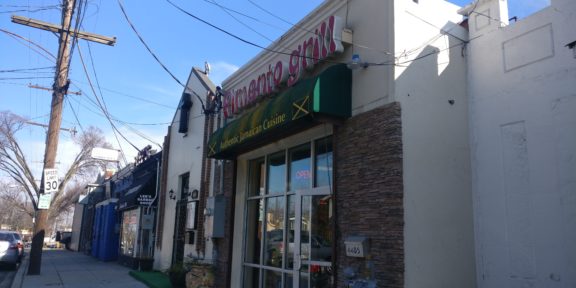