An unidentified man wearing a patriotic outfit was arrested for selling American flags without a permit outside a polling site in Northwest Washington early this morning.

The man arrived at Garnet-Patterson Patterson Junior High School, 2001 10th St. N.W., at 7:21 a.m. He was dressed in red, white and blue with an Uncle Sam hat and big white glasses. He walked silently up and down the line, carrying flags. A voter asked to buy a flag, and he responded that the flags were a dollar each.

As the man tried to give the flag to the voter, someone called the police. Three police cars arrived, and the officers arrested him.

An officer said the arrest had nothing to do with voting. The man took off all his paraphernalia.

An elderly man observing the incident said, “I wish they would respond this quickly when there was a [expletive] shooting.” 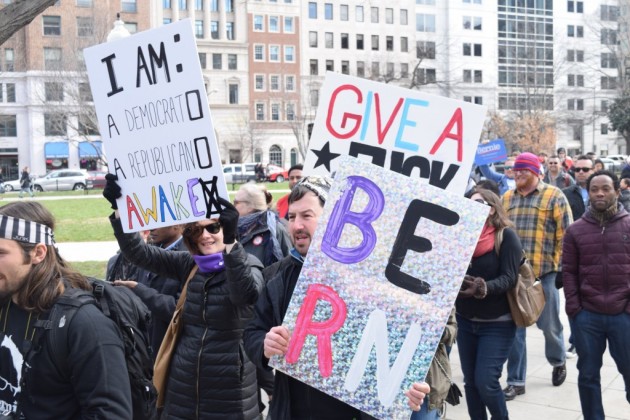