The homicide of a Greenbelt resident sparked an online controversy over crime between some residents of the city and relatives of the dead man whose body was found more than 20 miles away from his home.

Prince George’s County police pulled the body of 33-year-old Marcellus Jermaine Jackson from a flaming car on March 21. He had been shot three times.

Cpl. Henry Tippett, spokesman for Prince George’s County police, explained to greenbeltpatch.com how the officers discovered Jackson’s body. “Around 12:50 a.m., police officers responded to the report of the sound of gunshots in the 1100 block of Palmer Road in Fort Washington,” Tippett said.

Police officers said they found Jackson’s body in an inflamed Toyota. “The officers pulled Jackson from the car and tried to extinguish the fire, but Jackson was already pronounced dead with three bullets in his chest,” Tippett said.

According to his sister Jane Doe Jackson, Marcellus Jackson was the father of three children. “He may not have completely had his life together, but he did anything necessary for the sake of his children,” she said on her blog inmemoryofJermainjackson.blogspot.com. “I want him to be remembered as the wonderful man he was,” Jane Jackson said in an interview.

Maryland District Court records show that Jackson had a series of criminal charges against him in the past. “With his previous records, we have enough evidence to say that Jackson was involved with drug distribution,” Prince George police Officer William Knox said. “However, we cannot prove that his death was linked to that.”

While loved ones of Marcellus Jackson expressed their sympathy with pictures and positive mentions of him on the Internet, some Greenbelt residents left what others viewed as derogatory comments about Jackson’s death.

“This is why we keep that gangbanger nonsense on the other side of town,” an anonymous Greenbelt resident commented on greenbeltpatch.com. “I’ve lived in this area for 17 years, and I’ve never heard gunshots.”

Another resident stated her concern for the safety of the neighborhood. “If we did away with all of the non-original residents causing havoc in our town, we’d be a better community,” Bailey Henneberg stated. “I wish it was 1960s again so that Greenbelt wouldn’t have a bad name from incidents like this. He’s not even an original resident.”

While such comments gained support from other residents, it also sparked a debate and angered the relatives of Jackson. “By the sound of these comments, this matter no longer concerns the death of my brother,” Jane Jackson responded. “Marcellus was an amazing man, you should be more considerate when making comments about the deceased.” Other relatives and close friends also showed sympathy with their comments on the online news article.  “Jermaine was a true friend of mine,” James Willis, a childhood friend of Jackson.  “I grew up with him in Charles County. I am still in shock from this. I hope they catch the cowards that took his life.”

Jackson told the police that her brother was on his way to get his children from their grandfather’s house.  “I spoke with my oldest nephew Jordan around 9:45 p.m., hours passed and Marcellus never made it to my father’s house.”

Neither the Prince George’s County police Public Information Office nor Greenbelt Mayor Judith Davis would comment on Jackson’s death and the online controversy.

Review: Coming Out and Coming of Age in ‘Pariah’

"Pariah" has put a new twist on coming-of-age stories. Writer and director Dee Reese has done a fantastic job of telling the story of a young African American girl… 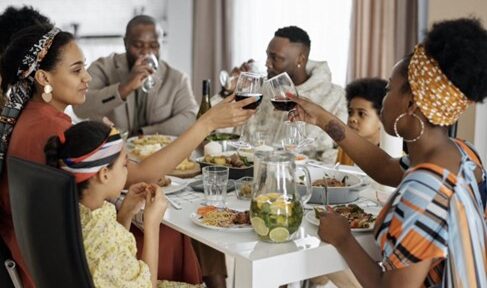 Occupy Youth Program in the Works at Montgomery College

From peace protests to police intervention, the occupy movements in a number of major cities across the nation have seen successes and failures.  The thousands…