March is an exciting time for sports in America. We have the start of spring training for baseball and playoff pushes for the NBA and NHL, while combines, pro days and free agency keep people interested in the NFL.

Oh, and who could forget March Madness? Pools, buzzer beaters and an eventual clear-cut winner (step it up college football) highlight the month as one of the best of the sports year. Before we find the team to take the place of the 2008 champion Kansas Jayhawks, teams must go through preseason tournaments and a non-conference schedule before we get a sense of who will be legitimate contenders. So what do we know now in November?

I’m almost 100 percent sure that Kansas will not pull a Florida and repeat this year after losing over 85 percent of their scoring and rebounding from last season. Raleigh-Durham seems to have the most talent in the country with the Tar Heels and the Blue Devils. North Carolina returns the most experienced players, returning all five starters from a squad who went to the Elite Eight last year and may have the best coach in America in Roy Williams (Duke fans would argue that). They are deserving of the preseason #1 ranking.

Memphis lost three starters from last year’s team but still has athletes that will help them win Conference USA and make it deep into the tourney. Their Achilles heel still is their free throw shooting (ask Xavier) and could be a huge factor down the stretch. Louisville and Connecticut are mixed with experience and talent while UCLA looks for their fourth-straight Final Four appearance out west. Still, North Carolina looks like the best of the bunch and the early favorite for the title.

BIG EAST!!!!!!! The Big East is by far the deepest, most talented conference in America. This conference sent eight teams to the tourney (the most from any conference) last year and looks to send 10 this year. They have seven teams in the USA Today/ESPN Top-25 Poll and four in the Top 10. The ACC is next with four teams in the Top-25 and with North Carolina and Duke at the top if the bunch, they could make an argument by season’s end. But for now, let’s give it up to the Big East.

Tyler Hansbrough is the returning National Player of the Year. Luke Harangody will put up big stats similar to what he did last year. Arizona State’s James Harden will probably be the first guard taken in next June’s NBA Draft, but the best two players may have been on display last week in Norman, Okla. – Stephen Curry and Blake Griffin.

If you think last year’s tournament performance by Davidson’s Stephen Curry was a fluke, you are terribly mistaken. He is (and you can quote me on this) the best pure shooter and all-around player in the country. He may not turnout well for the NBA because he’s as skinny as a twig, but he can score from anywhere and will prove this year that he can play point guard at a very high level.

His counterpart and my favorite for Player of the Year is Oklahoma forward Blake Griffin. Imagine Amare Stoudemire with the ball handling skills of a Scottie Pippen. That’s Blake Griffin. He’s averaging 20 points and 20 rebounds at this early stage of the season. While those stats will diminish slightly over the year, look out for him torching his Big 12 competition and being the overall No. 1 pick in next year’s draft.

Let’s get these out the way. North Carolina, Duke , UCLA, Connecticut and Louisville are early favorites and I would like to think two of the five will make it to the Final Four in Detroit.

I am a fan of Pittsburgh because Jamie Dixon’s club can play defense and grab rebounds. Gonzaga is a sleeper, with the leadership of Jeremy Pargo and Josh Heytvelt, and don’t forget Oklahoma or Davidson because all you need is one player to get hot with a good supporting cast (Carmelo Anthony proved that) and both teams have that potential.

My Final Four predication consists of North Carolina, Louisville, Pittsburgh and UCLA (I hate that one).

There are a lot of games left in the college basketball season and many things may occur between now and March, but if this part of the season doesn’t get you excited, then you’re not a real fan!

After two weeks of mourning the death of Pope John Paul II and searching for a new leader of the faith, a sense of normalcy has returned to the Catholic Church… 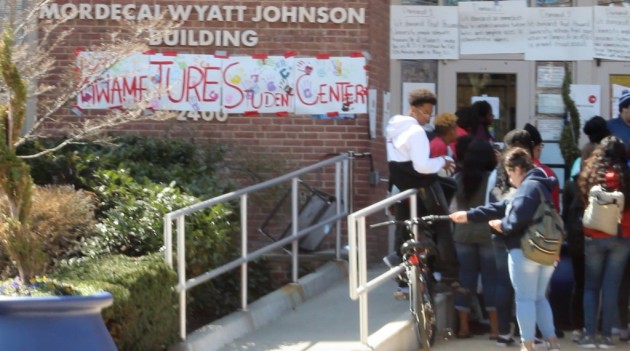