Sean “P. Diddy” Combs has signed a few deals recently that have him making a move away from the music business and toward expanding his vast Sean John and Bad Boy empire. He recently spinned off 50 percent of Bad Boy Records to Warner Music Group, the world’s third largest record company. The new deal gives the company a partnership stake in the record label. In this deal, Bad Boy artists including Mase, Mario Winans, Biggie Smalls and P. Diddy himself will physically be distributed by Warner Music. Although no exact figures have been quoted, it is estimated that Warner paid about $30 million for three years in the agreement. Sean Combs is slated to remain CEO of Bad Boy.

Javon Clark a senior History major at Howard University said, “I think P. Diddy makes more money from his clothing lines than his music.” He added, “I can’t tell you the last time I bought a Bad Boy record.”

Music industry critics have said that Combs sought a partner for his record company due to the recent slow sales in the music business. Latest comebacks by New Edition and Mase had disappointing sales and Combs currently does not have any big name artists that compare to his all-star hits in the early 1990s when he was connected to Arista Records. In 2002, Bad Boy parted ways with Arista and signed a deal with Universal Music Group for $10 million.

The new deal gives Combs more time and money to focus on music publishing, his clothing lines, restaurant acquisition, and television ventures. Last year, Sean John, had revenues last year of more than $100 million and Sean Combs appeared on the Broadway revival of “A Raisin in the Sun.” Combs also recently signed a television production deal with MTV for the rights to two new television shows. He currently is a producer of the “Making the Band” series, now in its third season.

P.Diddy recently revealed a custom line of tire rims for cars under the name “Sean John Wheels” at the New York International Auto Show. The car wheel rim industry is becoming very lucrative mainly due to the fact that celebrities, rap artists and sports figures are outfitting their vehicles with flashy, expensive “shoes” otherwise known as wheel rims. It is estimated that the custom-wheel industry brings in $3.3 billion annually.

Combs announced on March 14 at a cellular phone conference in New Orleans, that he plans to become a mobile virtual network operator, in other words he plans to develop web content for cellular phones. In a hyped plan to connect wireless subscribes with music interests, Combs is attempting to break into another billion dollar industry. At the cellular conference, Combs said, “I don’t have the spectrum, I don’t own the network infrastructure, I don’t make customer-service calls, but I do have subscribers. I have tens of millions of them.” He added, “The subscribers spend billions of dollars every year on all sorts of items — but mainly music.”

Combs’ plan is still in the development stages, but he is hoping to put more music on wireless networks, with a download pay service similar to Napster for computers and iPods. It would include full-length songs and music videos from current Bad Boy music catalogues that are available on custom cell phones for a “per-song” rate.

His next venture may be on to something. Natalie Strong, a freshman Howard student who uses a sidekick cellular device said, “I currently download ringers and pictures for my cell phone, so it sounds like a good idea to have full-length songs and music videos on cell phones too.”

Last-minute campaigning in the Mid-Atlantic region in the wake of a long hard-fought presidential election campaign has apparently included some dirty tricks, even… 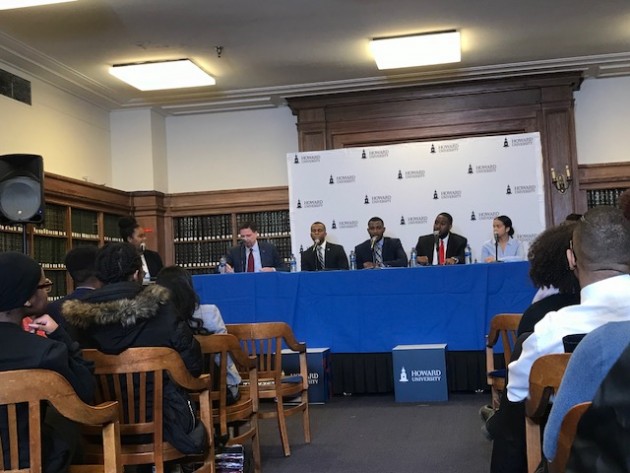