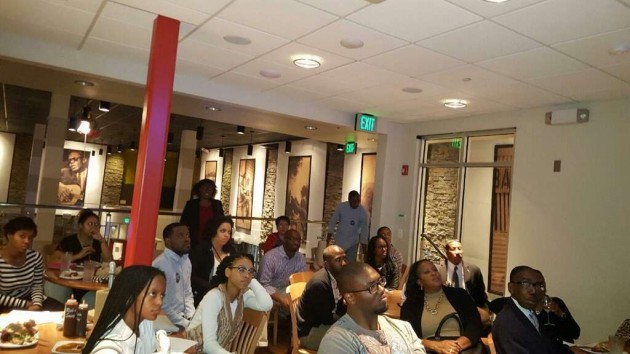 LARGO, Md. — After watching the first Democratic presidential debate, the consensus among members of the Prince George’s County Young Democrats and the Maryland Democratic Party Tuesday night was that former Secretary of State Hillary Clinton and Sen. Bernie Sanders dominated the night’s discussion, and even though former Maryland Gov. Martin O’Malley was able to make a few good points, he and former Sens. Jim Webb and Lincoln Chaffee were significantly overshadowed.

The tables were crowded at the watch party for the debate at a Famous Dave’s BBQ restaurant in Largo, Md. Many people proudly wore “I’m with Donna” stickers on their shirts to show support for Prince George’s County Congresswoman Donna Edward’s run for Senate. The room was abuzz with anticipation.

Prince George’s County is one of two of the nation’s richest African-American counties.

Sherman Hardy, a Maryland realtor, said that he hates that the Democrats don’t get as much media coverage as the Republican candidates seem to attract, and he hoped to see that change last night.

“I hope the Democrats talk about what they’re going to do to advance [the American people],” Hardy said before the debate.

Julian Goldstein, a student at Charles H. Flowers High School and president of the school’s political organization, said before the debate that he wanted to see the candidates further discuss their stance on the affordability of a college education.

“I plan on applying to both private and public universities soon,” Goldstein said.  “So, of course that affects me.” Goldstein said he was leaning towards O’Malley, “but,I’m very open-minded, and I hope to build a stronger opinion [on the candidates].”

During the debate, the crowd cheered for Clinton the most, especially when she responded to the question on the Black Lives Matter movement, made remarks against America’s rate of imprisonment and emphasized the importance of having a Democrat in the White House.

There was also applause for Sanders’ opening remarks when he mentioned America’s prison system and the unemployment rate in the African-American community, and later in the debate when he attacked Clinton’s statement on big banks and said, “Congress does not regulate Wall Street. Wall Street regulates Congress.”

The crowd applauded for O’Malley when he mentioned Maryland’s stance on tuition for immigrants, but they were generally quiet on the few statements from Chaffee and Webb.

“[There was] a thoughtful discussion on the issues that affect the people,” Davis said.  “It wasn’t about name-calling.  With all due respect, the adults are in the room now.”

The crowd of about 60 people said the debate was focused on the issues instead of personalities.

“I think this has been an honest conversation on policy and ideas,” said John Edinborough, a student at Bowie State University. “It was as civilized as it should be.

“On Chaffee, I was undecided, and now I just don’t care. He looked like he showed up to his first job interview in his dad’s jacket.  Hillary held her own though.”

Chaffee talked the least at last night’s debate at only about nine minutes of speaking time compared to Clinton who spoke for about 30 minutes.

Maurice Simpson, president of the Prince George’s County Young Democrats, only said that his candidate “did not take the stage tonight” when asked about his choice from the candidates.

He also reiterated that the debate was a good conversation on the issues.

“I am excited to be a part of a party of substance,” Simpson said. Simpson said he was particularly pleased with the makeup of the crowd.

“I am truly excited to see the young people participating in this honest discussion on moving the country forward,” he said.

As the season changes and temperatures soar periodically into the 70s, people in the northeastern United States have put the winter of 2010 behind them.In Bloomfield,… 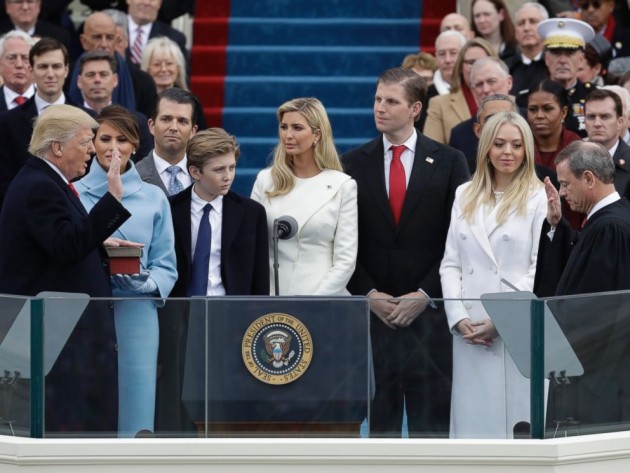 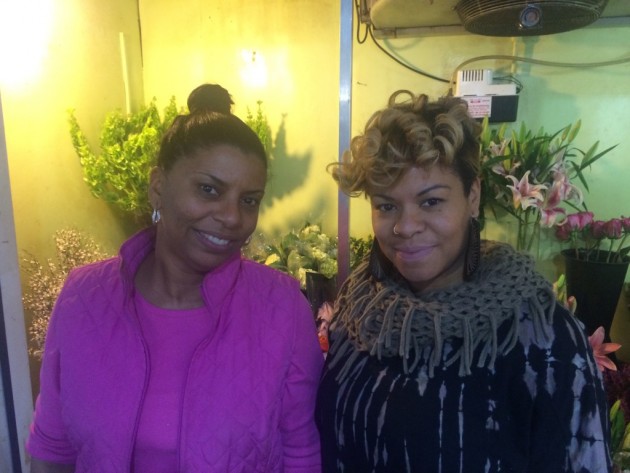