A year ago, the Denver Nuggets and rookie sensation forward Carmelo Anthony had a season to remember as the team made the playoffs as the eight seed in the Western Conference with a 43-39 record. This season, which was supposed to be the Nuggets progression to becoming an elite team, has been a regression.

After being named to the Senior Olympic Basketball team on July 8th, last seasons runner up for Rookie of the Year had a poor showing in the Olympics averaging only 2.4 points per game in 6.7 minutes. Anthony was criticized throughout the Olympics by head coach Larry Brown for not being a team player. Brown, according to the Denver Post demoted him to the bench.

In the Sept. 3 edition of the Denver Post, Anthony said about the situation, “I would play my (video) games and hope and pray that it would be over with. I was in my little funk. I didn’t want to be involved with nobody. I’m not saying I’m the greatest player in the world, but I’ve never sat on nobody’s bench."

Coming into the season, the 20-year-old out of Syracuse was hoping that a great start to the new season would put all of his troubles during the summer behind him. That was not the case.

The Nuggets, after a great showing in the preseason with a 7-1 mark staggered out of the gate with an 8-6 record in November and a 6-9 record in December. If the Nuggets slow start was not enough, their superstar player faced some issues off the court.

According to a report from USA Today, the Nuggets leading scorer, on Oct. 15 was charged with a misdemeanor drug possession after police inspectors at a Denver airport discovered marijuana in Anthony’s book bag. Charges were eventually dropped after a friend of Anthony’s said that the bag belonged to him.

One month later, according to USA Today, police arrested three men on the suspicion of extorting $3 million from Anthony with the tape of a bar fight that came about after someone spit a drink on his girlfriend, now fiancÃ© Alani “LaLa” Vasquez in early September in Manhattan, N.Y.

On the court, Anthony has not played at the kind of level he did a year ago. His point average this year is at 19.8 after being at 21 points last season. His shooting is down from 43 percent last season to 39.5 percent this season. On top of that, after playing in all 82 games a season ago, Anthony has missed seven games this season because of a sprained ankle.

With a 13-15 record over the first two months of the season the Nuggets fired head coach Jeff Bzdelik and named assistant coach Michael Cooper to take his place. In the 14 games that Cooper coached, the team had a record of 4-10, which gave them 17-25 record overall.

With the season slipping away, the Nuggets and General Manager Kiki Vandeweghe hired ESPN NBA Analyst George Karl on Jan. 27.

Since the arrival of the former head coach, who led the Seattle Supersonics, of the Gary Payton Shawn Kemp era, the Nuggets have gone 4-1. Anthony after a 25-point performance on 10-18 from the field has averaged only 11.8 points on 39 percent shooting.

Carmelo Anthony faced maybe the most disappointing part of this season when he was not named to this year’s all-star team, as the reserves list came out on Tuesday. He will however compete on the sophomore side in the Rookies versus the Sophomores on NBA-All Star Weekend.

The 39th Annual NBA-All Star Game was supposed to be a showcase of last year’s Rookie of the Year LeBron James and who many people thought was last season’s best rookie Carmelo Anthony.

Anthony’s teammates did say though that this is something that he will get over very quickly.

“It may be a little tough for him now, considering last year people were saying he should have been rookie of the year and not LeBron because we made it to the playoffs” said Nuggets center Marcus Camby according to an article from USAToday.com.

Anthony will play on the Sophomores squad with Dwayne Wade, guard of the Miami Heat and swingman LeBron James in the Rookies versus Sophomores contest during All-Star Weekend, which begins on Feb. 17 through Feb. 19.

Along with that, Anthony will be the hosting parties open to the public at a nightclub north of Denver during All-Star Weekend. He will also be on hand for the All-Star game next Sunday.

Carmelo Anthony over the past eight months has learned what it is like to be under public scrutiny. He says that it has humbled him and he plans on using that as motivation to get him back to the level that he was at a year ago.

As he said in a USA Today article, "When people think of me, they think of me like I’ve been in the league nine, 10, 11 years," he says. "This is only my second year. All-Star Game or not, I’ve still got plenty of time." 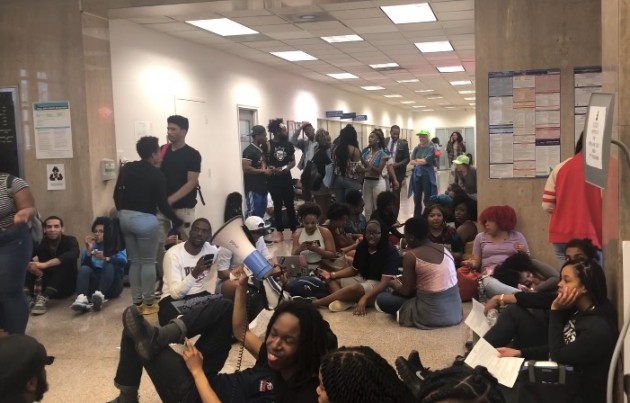 A Place for the Butcher, Baker and Makers of Almost Anything On Saturday mornings when the weather is nice, Rodger White, a 29-year-old Washington resident, dresses…