Those were the sentiments at a recent community meeting held to address violence within Southeast D.C. high schools.

Caldwell, a Ward 8 officer working within the 6thand 7thPolice Districts, patrols the areas that are home to some of the most problematic schools in D.C.: Ballou, Dunbar and Anacostia. She’s been doing so for years, and has a knack for knowing when things are preparing to turn for the worse; a hunch that prompted her to organize this meeting.

In the small basement of Matthews Memorial Church at 2360 MLK Ave., concerned students, faculty, parents, police and community organizers came together to address an issue they all had seen too frequently — violence.

For years they had explored the appropriate diplomatic avenues for change. They had held school meetings and conducted school interventions. They had talked to parents and petitioned government officials. They had prayed, and cried, and mourned. And now, they were fed up.

The woman, the Rev. Joyce Jackson, stands  slowly. Her eyes are weary from innumerable meetings and talks. A pastor and unofficial community leader, she’s been coming to meetings like these for years, and now, mere weeks after her grandson became the first official District homicide of 2011, she was ready for everyone to do more than just talk.

Ward 8 has the highest percentage of violent crime in the District, according to Neighborhood Info D.C., a local data analysis organization. With 20 crimes per 1000 residents, the Ward 8 violent crime rate is almost twice the District average, and nearly 20 times higher than Ward 3, considered the “safest” ward in Washington.

An area many District residents fear (some refuse to go to there after the sun sets), Ward 8 is home to such frequent wrongdoing that residents admit gunshots, stabbings, and rampant crime are an accepted part of everyday life.

For decades, Jackson has been a foot soldier for Ward 8.

With members of her congregation by her side, she has been taking her evangelism to the streets, fearlessly going into areas many wouldn’t dare to try and bring change.

Jackson has always believed the way to reach the most disenfranchised was to go into the “belly of the beast” and address the issue head on; and now she wanted more help. She wanted more foot soldiers.

It was this challenge to step up and do more than talk that brought Gregory Baldwin to his feet:

Baldwin, 46, lives in the Barry Farm neighborhood in the heart of Ward 8, considered by some police to be the most dangerous neighborhood in all of Washington. Having lived in the self described “war zone,” Baldwin has experienced unspeakable amounts of violence.

A large man towering over six feet, Baldwin is forced to speak slowly. He clutches a colostomy bag hidden beneath his white tee and between deep, quick breaths he tells his story.

It was after he survived the last shooting, at the age of 25, that he decided to turn his life around and founded Helping Hands Inc., his grassroots organization aimed at helping youth abstain from violence and gang activity.

Last Saturday under Baldwin’s leadership, Helping Hands held a “Stand Against Violence” rally within the heart of the Barry Farm housing community.

By 9 a.m., a small number of supporters had already huddled at Firth Sterling Avenue and Sumner Road S.E. under a sun shining brightly through a violent wind working to make 60 degrees feel more like 40.

“We’re here. This is where it happens — the killings, stabbings, the robberies. This is the valley of death,” Baldwin said as he surveyed the Barry Farm community from the corner.

For weeks, Baldwin has been planning the “Stand Against Violence” rally and march. He plans to spend roughly two hours speaking with whomever comes by and encouraging them to join Helping Hands in their march against violence.

Various community leaders, as well as the marching bands from Eastern and Anacostia high schools are expected to arrive soon and serve as the march’s main attractions.

“This is where hell happens, where it breaks loose,” Baldwin says. “This is why I wanted to be here”

It was this very Barry Farm community where hell happened to Daryl Frasier in 1992.

Shot 14 times, Frasier was barely clinging to life when  Baldwin found him one night. Finding Frasier’s bullet-ridden body had a lasting impact on Baldwin.

“Daryl’s been through even more than I have,” Baldwin admits. “Tell them how many times you’ve been shot.”

Constantly in the streets, being shot at was business as usual for Frasier. However, after the 1992 shooting that saw him die “three to four times on the table,” he was prompted to turn his life around.

He came to the rally to inspire others that it’s never too late to change.

At a slow trickle, residents and passers-by come up to Baldwin and his coalition. They see the group, clad in grey and baby blue Helping Hands sweaters, with a few packs of water.

“Is this the rally that’s supposed to be going on?’ one woman asks. She doesn’t live in Barry Farm, but is in the area visiting her sister whose house was invaded by burglars a few weeks ago.

She tells Baldwin how she’s becoming fed up with the neighborhood, and is planning to help her sister move out.

Soon others begin to arrive — a few neighborhood kids, members of the Concerned Parents of Petworth (C-POP) group, Baldwin’s friends and family. By 9:15, the crowd has swollen to around 25 people. The number seems small, but in a community where apathy is at times the biggest opponent, this is a minor victory.

“This is all I can hope for,” Linda Miller says. “If I can see our people come out and recognize this, then we have won at least a small victory.” .

Miller, the president of the Ward 8 Resident Council, has lived in Barry Farm for more than 30 years. She’s seen the ebb and flow of the bad and worse times in Ward 8. Like Officer Caldwell, she too can tell when situations begin to show signs of worsening.

It’s 9:45. The small group of people converse in huddled groups of four or five, detailing their experiences.

One woman tells of how her son was killed in 1994 in a Ward 8 community. Another speaks on an Anacostia High jumping that saw her daughter brutally injured a few years back. One man tells how his mother’s Barry Farm apartment had been burglarized three times in the last two years, the last of which she happened to be in the house.

As the marchers share their tales of tribulation, a quaint elderly woman clad in a full-length purple trench coat, black gloves, and purple headscarf slowly walks to the front of the crowd. She discreetly opens a distressed leather bag and takes out an iron cow bell, striker and metal container, which she fills with dirt from the ground.

Her name is Ayo-Handy Kendi, a member of the Mother’s of Unsolved Murders (MUMS). Like most here, her story is startling and devastating.

Kendi lost one son in 1994 to violence. Another, who is currently incarcerated, lost 25 friends in one year, something he is “just now getting over.” Kendi herself has been homeless, and is a survivor of domestic violence.

“I know a whole lot about violence and how to get over it,” she proclaims. “We can defeat this.”

Commencing in a form of universal prayer – our needs transcend any one religion she says – Kendi offers libation to spiritual ancestors and asks for a successful march.

“Allah, Buddha, God, Jehovah, the One, we call upon the many names of God as we go forth to do his duty.”

In the midst of prayer, Kendi directs the marchers to say aloud the names of those lost to violence.

Everyone has a name they whisper in remembrance.

A battle; the words take special meaning with Baldwin:

“And it will be our victory.” 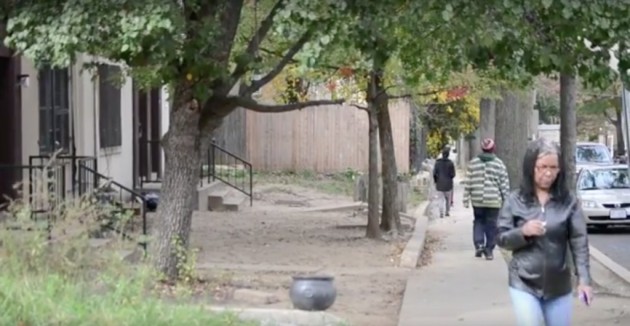 Those Americans who thought the government's seemingly laxattitude about gun control could not get any worse have more reasonto be surprised, as an act passed yesterday…

Despite advocates concerns that people don't care enough about the Anacostia River, there are organizations that work to bring residents closer… 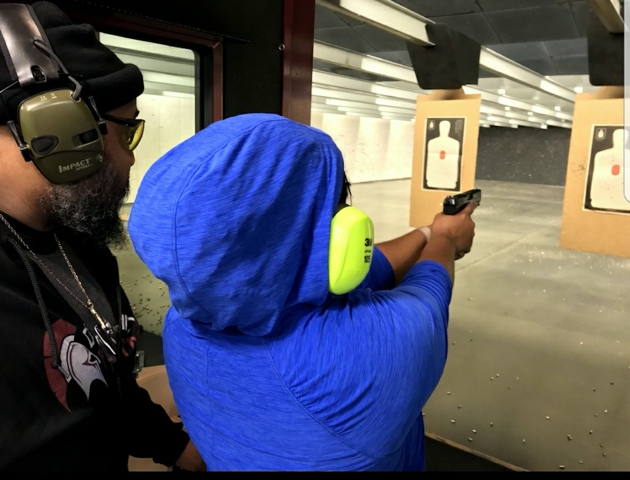 Colleges Fight to Get and Keep Black Males

It was Joshua Almond's first semester grade point average of 3.53 that gave him the motivation he needed to succeed at West Georgia State University. But, Almond…