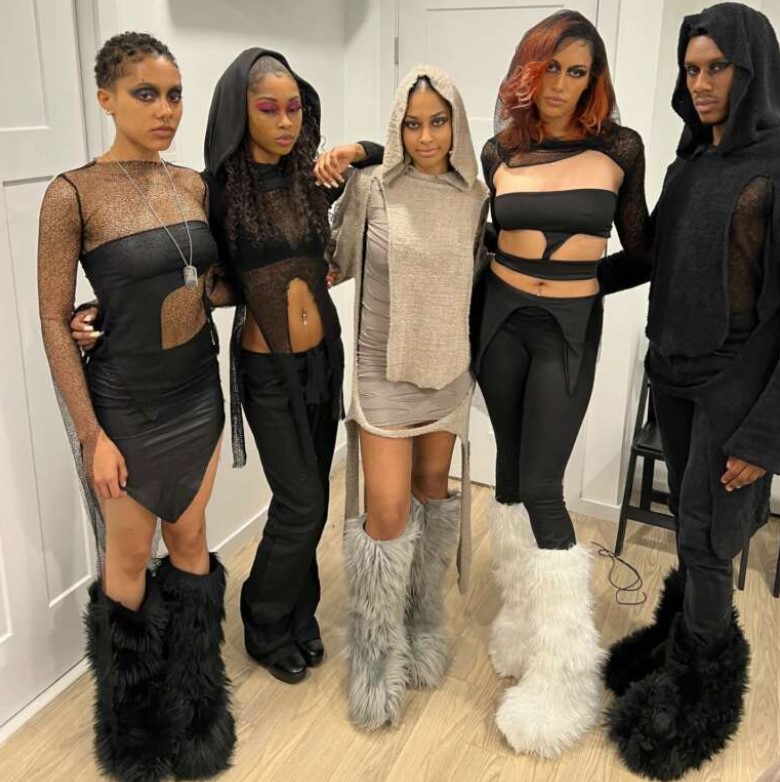 Maya Avery, center, owner of the Insignia MSA fashion label and a biology major, started selling her designs out of her dorm room during her first year at Howard University. (Photo: Insignia MSA)

Maya Avery, a 20-year-old designer from Gosha, New York, woke up late last year stunned when she saw a counterfeit version of her Stone Shredded Top being sold on AliExpress. The ad on AliExpress not only showed her exact design, but also photos of Avery wearing it.

Avery’s original design ran for $80; however, Boofeenaa, a brand and independent retailer on AliExpress which she had no dealings with, listed her design for $12.12 plus $1.23 for shipping.

The fine print accompanying either ad raised further suspicions. Avery’s top, for example, is gray; Boofeenaa’s, the ad indicates, comes only in apricot. The Avery top is “made to order,” per her ad, and purchasers are advised to “allow up to 2 weeks for your item to be made before you receive tracking information.” Boofeenaa says there are “2,812 pieces available” and estimates a delivery time of about six weeks.

AliExpress is an online retail service based in China and a subsidiary of Alibaba Group, a leading e-commerce marketplace that rivals Amazon in numbers. Amazon is a direct retailer– selling goods directly to consumers. The company’s business model also provides a platform for independent retailers to sell products to buyers. The American e-commerce company brings in revenue through storefront locations, warehouse distribution, digital streaming, and more.

Five years later from Amazon’s inception, Alibaba Group was created as an online marketplace for Chinese businesses. Alibaba Group’s primary business model is to act as a middleman between Chinese retailers and buyers. The group mainly works with smaller businesses and charges merchants fees to receive more visibility on the site.

According to Forbes’ Global 2000 list, Amazon was ranked higher with sales of $386.1 billion. Alibaba Group followed shortly behind with sales of $93.8 billion in 2021. Both e-commerce marketplaces are the giants of their respective countries and largely operate without physical presence.

“When an irregularity is found, we will take actions ranging from taking down product listings to closing stores,” the group said in a statement. “After being informed about this case, we took prompt investigation and removed the listing, with additional monitoring to check no similar listings were incurring in such infringement.”

The listing was taken down; however, the phenomenon won’t end here. Theft is a reality that designers small and large face quite regularly. The fashion cycle is constantly moving from trend to trend, and replication is commonplace. For smaller designers and independent sellers like Avery, this cycle is particularly threatening.

Avery created her brand, Insignia MSA, back in July of 2020. Although she experienced much of Howard online, she was inspired by other Howard designers, pop-up shops on campus and a student body known for its fashion sense. Selling pieces out of her dorm, Avery was able to grow her brand immensely. The brand is a dystopian, cyber punk inspired label tailored to customers excited by eccentric, sustainable fashion.

She describes her pieces, all handmade to order, as “slow fashion.” In contrast, AliExpress is notorious for its fast fashion, a term for brands with a rapid production style that has a significant impact on the quality of clothing, industry workers and the environment.

Soon after realizing her designs had been stolen, Avery took to social media. She told her followers: “Just know if you see someone wearing it and it looks like that … it’s fake, and it’s sold out on my site. My brand Insignia MSA is the original brand and all clothes are originally designed and handmade from scratch, in my room, by me.”

“This design is just a fragment of the things I’m capable of making,” she added.

Teri Agins, an author and a former senior fashion reporter for the Wall Street Journal, explains that everyone is vulnerable. “It’s not Black creativity; it’s everybody,” Agins said. “This is universal to anybody who is in this business.”

“In the early ’90s before the internet took over, designers would have at least one season or part of a season, to capitalize on something that was their idea,” Agins said. “There was also this pride on Seventh Avenue, in Paris, in Milan, in London. Nobody wanted to be accused of being a copycat. There was an honor, but that is gone. Fast fashion took it away.”

Tuneen Chisolm, an intellectual property scholar and associate professor of law at Howard University, described the lack of protections surrounding fashion design. For example, Avery’s Stone Shredded Top cannot be explicitly protected. The piece is a long sleeve top with intentional distressing. Neither the type of top nor the details on the top belong solely to her.

In other words, Chisholm explained, it is the design that can be protected, not the functionality. The ornamentation or decorative part of the design can be subject to copyright. Brands and designers are able to get around the limitations of U.S. copyright law by using trademarks or logos, which prevent the use of brand names on counterfeit merchandise.

Although AliExpress did not use Avery’s branding of Insignia MSA, leaving her clothing unprotected, the company’s use of her photographs is illegal. Essentially, in the United States, fashion design is not covered under intellectual property law, but primarily under legislation covering the manufacturing — not the looks — of what folks wear.

However, “There can be legal action for use of another person’s photographs without their permission,” Chisholm said. “Although that is minor, because the aim is to protect the clothing.”

The Copyright Act of 1976 provides the basic framework for much of American copyright law today. Current law classifies fashion design as “useful articles” placing the art form in a distinct, unprotected domain. When this act was created, American garment production was largely based in manufacturing practical styles. America had far less fashion houses at the time; therefore, the law reflected this.

Unlike many European countries at the time, there were significantly more high-end fashion houses like Chanel, Gucci or Prada. Therefore, places such as France or Italy, have substantially stronger copyright laws for fashion design.

This distinction of utility and creativity has left American clothing designs and designers vastly unprotected in comparison to other art mediums such as music or literature, according to Chisolm. Now, although the tide has significantly changed from an onset of creative American designers like Calvin Klein or Telfar Clemens, American copyright laws are still significantly behind.

For example, in the early ’90s Saint Laurent, a French luxury fashion house, sued Ralph Lauren, an American fashion company, for copying a Black tuxedo dress. The French ruling found Lauren guilty, making the case the first time a designer was able to protect a design under intellectual property. The French court exhibited the protections their country would offer to native fashion designers.

Chisholm, who has litigated cases about internal fashion design theft, does not believe American copyright laws surrounding fashion design are necessarily outdated. Rather, exceptions should be finessed to prevent such blatant theft to allow for entrepreneurs to grow.

“The rationale behind why fashion is not copyrightable has some justification to it in a society where there is so much exclusivity associated with classism,” she explained. “I think that it is a good thing that clothing is one of the many equalizers.”

Chisholm, similar to Agins description of the fashion seasons in the ’90s, proposed an insulated period for entrepreneurs like Maya Avery to be protected. “Something like a time delay, for a period of say six months, the work is protected,” she suggested. “This might enable enough time for helping entrepreneurs get on solid ground.”

The Office of the U.S. Trade Representative listed Alibaba Group as a marketplace exemplifying “global counterfeiting and piracy concerns” in its 2018 Notorious Markets Review. Diet Prada, created by two fashion industry professionals, is another fashion watchdog dedicated to calling out copycat designs.

A few months after the dispute, Avery saw the counterfeit design. She was shocked at how poorly made the design was. “They didn’t even cut the thread, distress the back,” she said. “The color is faded. This is not even what they advertised.”

The budding designer is moving on, maintaining her focus on creating new fashion as she continues to attract followers and inspire trends.

Ryan Thomas is a reporter for HUNewsService.com. 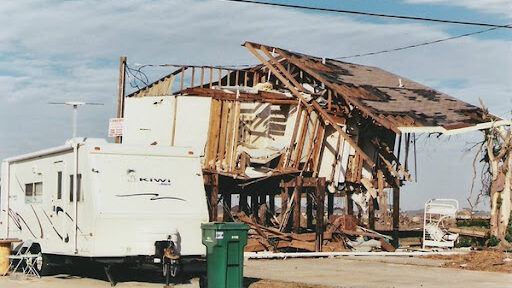