A play called “The Meeting” attempts to predict how a secret meeting between Malcolm X and Martin Luther King Jr. would have transpired.

Malcolm X and the Rev. Dr. Martin Luther King Jr. engage in verbal sparring and contemplate what would happen if they joined forces in “The Meeting,” a play performed Feb. 27 at Busboys and Poets, 14th and V Streets.

The play, written by Jeff Stetson, depicts a fictitious secret meeting between the two leaders on the seventh floor of the historic Hotel Theresa in Harlem. The timeframe is set on Valentine’s Day in 1965 right after the bombing of Malcolm X’s home and shortly before he was assassinated.

In 1987 Stetson wrote his play, “The Meeting” which has since then received a Louis B. Mayer Award, eight NAACP Theater Awards and six New York AUDELCO nominations for the one act play. The play has been performed around the world and even adapted to television by the American Playhouse in 1989.

The production begins with Malcolm X and his, at times, overzealous bodyguard Rashad. Malcolm X, played by Charles Robertson, has summoned King (Ron Lincoln) to meet with him. Rashad, portrayed by Marquise Frasier, fails to understand his desire to meet with a man whose views are so at odds with his charge and could be a possible threat to his safety. Rashad wants to know why Malcolm X is so positive that King would show.

“I would come to meet with him if he called on me,” Malcolm X replies.

Throughout their meeting, Malcolm X and King arm-wrestle three times. The first time, King willfully loses, the second he surprises Malcolm X and wins, and the third is a draw where they both count and then break at the same time.

“Just imagine what we could accomplish if we joined hands and pushed together,” King uttered, drawing applause from the audience.

Their meeting is full of harsh quips and analysis of Malcolm X toward King and the minister’s at times passionate replies. King tells Malcolm X never to mistake non-violence for non-action, and Malcolm X likens complacency to the Jews in Germany and its role in the Vietnam War.

Although their ideals and methods are at hopeless odds, they are both family men who share mutual respect as revealed at the end of the production. King presents Malcolm X with a favorite doll of his 9-year-old daughter, who wanted to give it to Malcolm X’s 6-year-old after seeing on television that their house had been bombed. This simple consideration of a child softens Malcolm X’s demeanor.

Rory Fleury, 23, enjoyed the production and the premise of a meeting of minds between Malcolm X and King. While both leaders made good points for their goals and methods of dissent, Malcolm X had the upper hand throughout the play, Fleury said.

“Yeah I definitely think that the play was leaning more in favor of Malcolm,” Fleury explained. “A lot of times he cut Martin off and didn’t let him finish his sentences.” Fleury also said this might have been in part due to the way that the two men deal with the same situation.

The performance was sponsored by Yours Truly, Highly Favored in conjunction with the Creative Talents Group.

Creative Talents is a theater company whose main goal is to illustrate the struggle and progress not only of African-Americans, but also of the whole society. In addition to performing productions such as “The Meeting,” Creative Talents uses improvisation and drama to promote and teach life skills, like cooperation and leadership, to youth and young adults, ages 11 to 21.

Yours Truly, Highly Favored is a charitable organization that works to produce “innovative initiatives and interpretive programs” through community outreach, mentoring and special events. The group aspires “to build leaders who exemplify a life of meaning and purpose.” 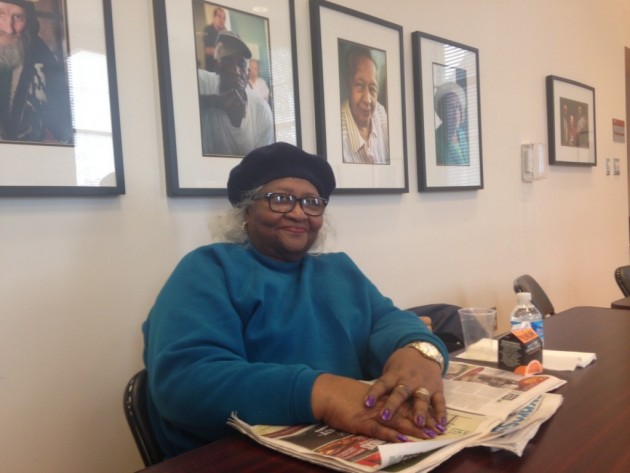 President George W. Bush signed H.R. 4145, a bill that will place a statue of Rosa Parks in the U.S. Capitol, on Dec. 1.  Parks will be the first black woman…

Cleaning up your house usually isn’t considered a crime--but if your house is the New Orleans city government, it just might be. Recently, New Orleans' first… 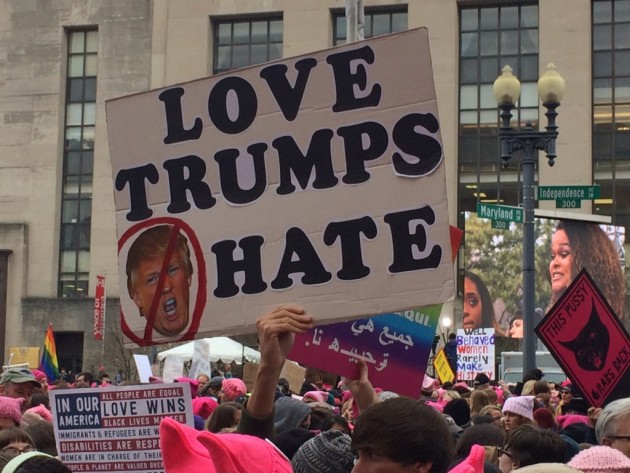 Something Happens Everyday on the Georgia Avenue Bus

Matthew Cooper 70 and 71 Bus Reflect Character of Community Transit up and down Georgia Avenue may prove to be a daily adventure for residents of Northwest DC.…