The 46th annualGrammy’s ended with Beyonce walking away with 5 awards, following atrend that Lauren Hill and Alicia Keys are notorious for; virtuallycrowning this solo artist as the new pop princess.

A surprise opening performanceby Prince, left guest in awe, then when Beyonce entered the stagein a striking pink mini dress with long, dusty blond hair, the duoput on a memorable show that viewers were certain to enjoy.

The crowd became explosive when R&B legend Prince stormed onstage singing a favorable rendition of “Purple Rain” in celebrationof his 20th Anniversary. He was immediately accompaniedby, the evening’s diva, Beyonce who helped him sing through amedley of old favorites, the two wrapping up with “Let’s GoCrazy.”

The Grammy’s, which were hostedat the Los Angeles Staple Center and sponsored by Heineken, drew acrowd of guys and girls who were either really dolled up orcompletely dressed down, on the music industry’s big night. AliciaKeys sashayed down the red carpet in a beautiful peach andtangerine draped Roberto Cavalli gown and jean motif while PattiLabelle was stepping strong in an all black suit by Dolce &Gabanna.

Beyonce was not the only artistto go home with a handful of awards, the soothing Luther Vandrossreceived 4 Grammy’s, and Outkast members, Bad Boi and Andre happilywalked away with 3 awards each. Sensational Reggae artist Sean Paulreceived the Best album of the Year Award for his sophomore effort,”Dutty Rock” and the Virginia skater Boy duo, Neptunes, rightfullywon the Producers of the Year award.

In a truly emotionally tribute,dedicated to Luther Vandross, who sent his greetings by way of aspecially prepared video tape, was unable to attend the festivitiesdue to a stroke he’s currently recovering from. Alicia Keysgracefully opened the performance, creatively singing and playing,”a House is not a Home” while Celine Dion delivered a heartfeltrendition of, “Dance with my Father.”

Of course the Janet and Justinincident was the highlight of the night and when pop rebelChristina Aguilera, accepted her Grammy for Best female Pop Vocalin a scandalous dress, she said, “I don’t want to have the samething happen that Janet had done.”

50 Cent purposely rushed acrossthe stage when Evanescence, was announced as, Best New Artist ofThe Year. This furious G-Unit general did not agree with theGrammy’s on this one and expressed his disapproval through gestureshe briefly made in the camera before exiting the stage andconfusingly returning to his seat.

Overall the event was well mannered; however, previous Grammyaward shows defiantly surpass the level of intensity of this46th annual demonstration. The show was a glamourfilled, inspiring, touching, and finally electrifying event but,the Red carpet was slightly toned down and attendees’ ensemblescould have been a bit more striking.

Who ever thought that the conventional telephone bell ringtone would ever become obsolete was right. Cingular Wireless recently announced Cingular Sounds, a music… 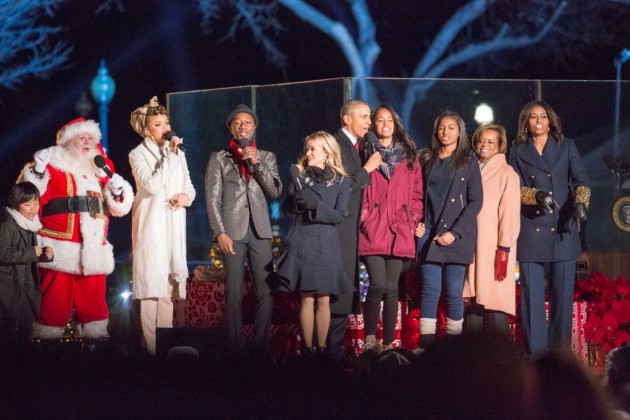