Davis was welcomed with a standing ovation as she took the stage. “It’s nice to be in D.C. knowing that things are going to change and George Bush isn’t going to be around much longer,” she said as she greeted the cheering crowd.

During her discussion on “Activism in Higher Education,” Davis emphasized the need for African-Americans to think collectively rather than as individuals. “We have forgotten how to imagine ourselves as a part of the larger community,” said Davis professor of History of Consciousness at University of California Santa Cruz.

She stressed the importance of working to build up black communities rather than succeeding as individuals and leaving others behind. She said that it shouldn’t be about individual achievement but about uplifting entire communities.

“Things like Katrina will continue to happen if we don’t get over this hyper-individualism,” she said.

Davis also warned the audience about discriminating against other minority groups. “Black people are not immune to racism,” she said.

“We are racist toward Latinos, Native Americans, Asians and especially people of Middle Eastern descent,” she added. “Race isn’t the last word. We have to think about how to move across racial and ethnic lines.”

Davis became famous for her involvement with the Black Panther Party and the American Communist Party, which lead to her being placed on the FBI’s Ten Most Wanted Fugitives List and her incarceration in 1970. Davis was acquitted of all charges and released after serving 16 months in prison. Her experience with the American penal system ignited her passion to abolish the prison system.

“The abolition of the prison system would accomplish what the abolition of slavery should have,” she said. “If we have to look forward to a future where we are sending people to prison over and over, what kind of future is that to look forward to?” she asked. She noted that while new prisons are being built because of over-crowding, more people are being incarcerated, leading to more over-crowding and the building of more prisons.

Davis took questions from the audience and held a book signing in the auditorium following the discussion, which was sponsored by the Alpha Chapter of Phi Beta Sigma Fraternity, Inc.

More than an hour before the event was set to begin, excited attendees lined up outside the building, waiting for the doors of the auditorium to open. When the doors did open, the eager audience rushed to the front entrance with slight pushing and shoving until the line dwindled.

Audience members were dressed in everything from hooded sweatshirts and Nikes to business suits. The crowd was filled with mostly college students, but there were some attendees from Davis’ era in the audience as well.

Rev. Jeanette Pollard, 57, of Germantown, Md., was thrilled by the bringing together of the generations at the event. “I am impressed with the number of young people who knew about Dr. Davis and were so enthusiastic about coming out to see her speak,” Pollard said.

“I was here when people were waiting outside,” she said. “I am so impressed with these young people for holding their elder in such reverence. I needed to see that.”

Pollard, who is both a minister and registered nurse, had driven back to Germantown from D.C. when she heard from a friend that Davis would be speaking at Howard. “I had to come back to see her,” she said.

Howard student Lynda Lloyd opened the discussion urging her fellow Bison not to let their activism lie dormant and to ask themselves, “What are we doing to change the reality of our future?”

Lloyd commented that Howard students are active in demonstrations and marches, but that “the follow-through isn’t there.” She implored students to follow up with issues such as the aftermath of hurricane Katrina and the Jena 6. She also encouraged students to be selfless in their service to their communities.

This was the second discussion on activism hosted by Phi Beta Sigma,. Last year, Black Panther Party founder Bobby Seale led a discussion titled, “Calling All Progressives,” Antonio Bush said. After the success of last year’s discussion, the Sigmas had Davis in mind for this year’s event. Bush said that the overwhelming success of Davis’ appearance will hopefully spark the community and Howard students to step up their efforts to improve social conditions in the United States and around the world. 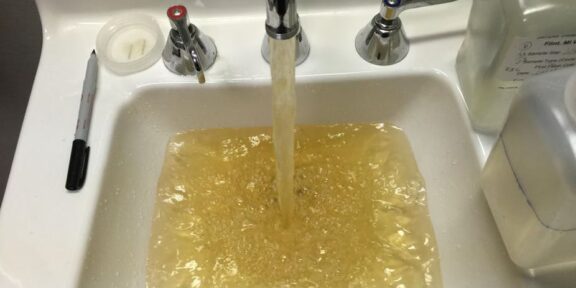