After their joint Best of Both Worlds tour came to a crashing halt, Kelly filed a breach of contract lawsuit against Jay-Z and concert promoter Atlanta Worldwide, seeking damages of $ 75 million.

Jay-Z and R. Kelly’s “Unfinished Business” will most likely be resolved judicially in the midst of conflicting accounts of what went wrong with their tour.  The lawsuit, filed in Manhattan Supreme Court, alleges that Jay-Z deliberately sabotaged the tour out of “spite and jealousy” toward Kelly’s “superior audience draw and tour profit share.”

The end of the tour comes just days after Kelly and Jay-Z, arguably the leading R&B vocalist and rapper today, released their second joint album, Unfinished Business.  The title referred to the original Best of Both Worlds tour, which was abandoned two years ago after Kelly was charged with 21 counts of child pornography.

The Best of Both Worlds tour has been rumored to be on shaky ground over the past several weeks, after reports surfaced that the two artists were on increasingly bad terms with each other.

“ Jay-Z and R.Kelly took the stage together…as all conquering heroes, acting and looking every bit the part of the joint tour’s weighty moniker: Best of Both Worlds,” begins a review in the St. Paul Pioneer Press.  “ Less than 10 minutes later, though, the pair separated and spent most of the evening performing apart and trading off 10-to15-minute solo sets- suggesting this is a marriage for financial gain rather than true, star- crossed love.”

Chicago Sun-Times critic Jim DeRogatis (who also happens to be a witness for the prosecution in Kelly’s case) wrote in an October review of the opening show that the concert’s opening video shows Jay-Z and Kelly’s tour buses headed to Chicago with the latter being chased by a line of police cars.  De Rogatis say Kelly apparently made light of his legal problems throughout, at one point appearing with two dancers “in a barred jail cell and feign[ing] wild intercourse.”

Emotions came to a head at a sold-out performance when a member of Jay-Z’s entourage supposedly pepper-sprayed Kelly and two of his bodyguards after Kelly walked off the MadisonSquareGarden stage mid-set, claiming that he saw two audience members waving guns.

In a radio interview on Hot 97 FM radio, Jay-Z said he could not understand why Kelly left the stage. “You can’t get a gun inside MadisonSquareGarden,” the rapper said. “If people give me love, he can’t take it.”

Security staff searched the arena for the alleged gunmen, but found nothing suspicious; Kelly later admitted in a post-concert radio interview that he did not actually see weapons. Kelly admitted on New York radio station Hot 97 that he panicked because he had received a threatening call that day.

Kelly’s breach of contract suit alleges that Jay-Z resorted to underhanded techniques, such as providing Kelly with poor lighting to force him off the tour, before finally resorting to violence. “If they’re supposed to be the best of both worlds maybe those worlds need to stay apart because they can’t get it together,” said Michelle Roberts, sophomore, marketing major.

Entourage member Tyran “Ty Ty” Smith was fingered as the man responsible for pepper-spraying Kelly, allegedly on instructions from Jay-Z himself, according to Kelly’s suit.  Kelly was subsequently fired from the tour by the promoter, having already walked off the stage during a performance in St Louis, showing up two hours late for a performance in Chicago and causing concert delays in several other cities. 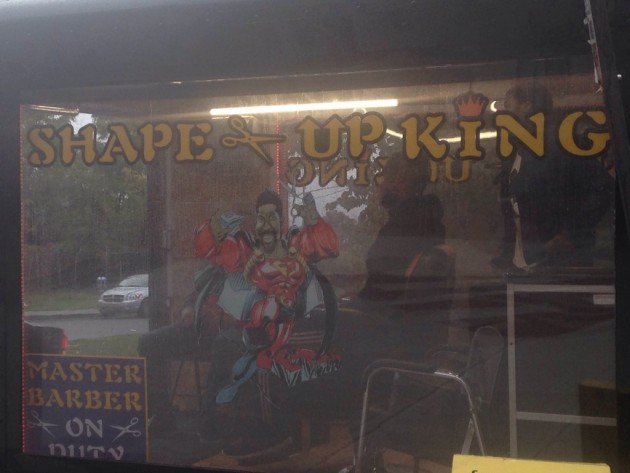 Settlement at The Bottom Of The Barrel

On Thursday Sept. 9, the Tennessee based Cracker Barrelrestaurant chain agreed to a settlement of $8.7 million in sevenracial discrimination lawsuits filed by the…

ID’s at the Polls

Having to show identification at polling places is required in some states around the country. Many people feel as if this procedure is used to keep certain ethnic…

To Vote or Not to Vote? That is the Question.

Just a few months ago, all the talk was about John, Dick and "Dubya." Now that the ballots have been counted and recounted; and the Bush administration…