Dedication Postponed Due to Weather

The threat of severe weather forced organizers to postpone Sunday’s dedication until September or October. According to ranger staff and park police, the memorial will remain open throughout tonight and tomorrow depending on the weather.

“It’s a long time coming,” John Huerta said of the King memorial, which was authorized by Congress in 1996. Huerta and his wife traveled to Washington from West Virginia.

Another visitor, Dee Smith, says that although she knew the weather would be bad, she wasn’t worried.

“Words can’t express the idea that you have, not a president, but someone of his character that believed in non-violence to be in the area among other dignitaries.”

Despite the threat of Irene, a group of 43 students and chaperones from Cleveland arrived in the District this morning to view the memorial.

“We couldn’t miss this,” said Cecil Gamble, an advisor to the group, Closing the Gap, which mentors black and Hispanic males to reduce the achievement gap.

“What Dr. King fought for is the same thing we’re fighting for today,” he said.

Gamble said he watched Dr. King march down his street growing up and is proud he is represented on the National Mall.

Uris Soloman, 15, a student in Closing the Gap, is visiting D.C. for the first time and is glad they came despite the storm. “King’s message is so important,” Soloman said. “The storm didn’t scare me.  I wanted to be here either way.”

Crowds flowed in and out of the memorial, and travelers from all over took pictures and gaped at the massive 28-foot monument of Dr. King, crafted by Master Sculptor Lei Yixin.

Margaret Corrigan, who originally came from the Boston area to the District to visit her son, decided to come out to the memorial, because it was open this weekend. She said the Friday viewing of the memorial was more people-friendly.

“This is better,” Corrigan said. “It gives more people an opportunity to see the monument close up, since you don’t have the numbers you would have had on Sunday.”

Maya Rhodan is editor-in-chief of The Hilltop at Howard University in Washington. 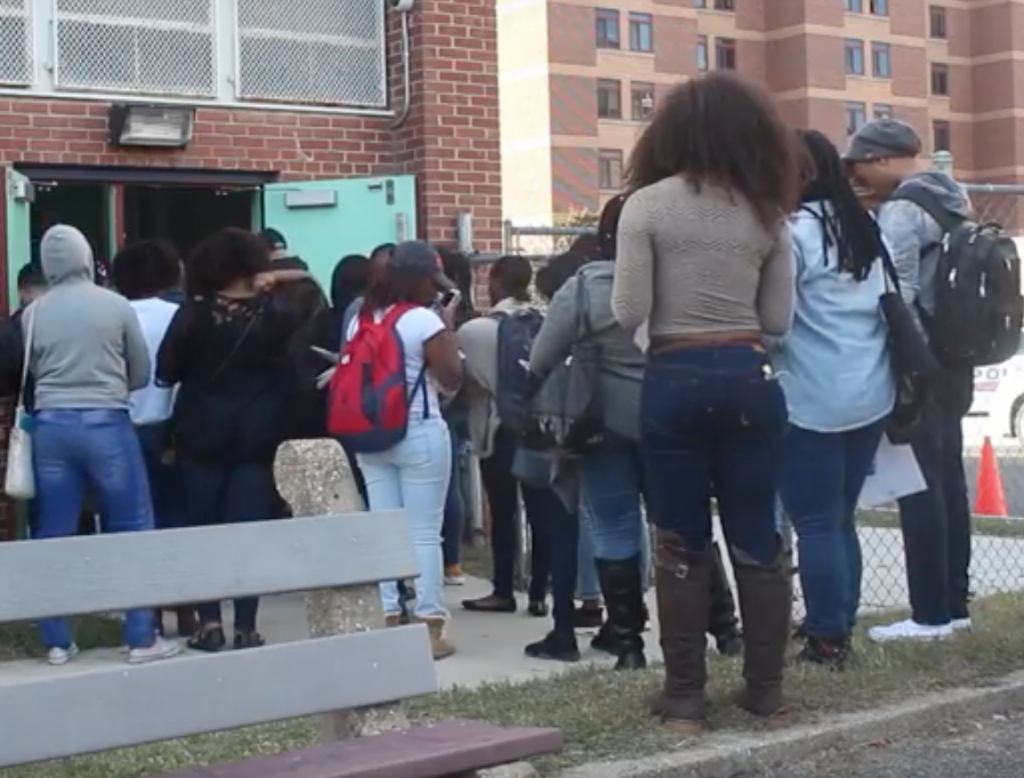 According to a recent report released by the American Bar Association, black student enrollment in law school has dropped to a 12-year low. The report, Miles to…