Throughout the country, pro-life and abortion rights activists have been rallying around the case despite its age.

Roe v. Wade was the historic 1973 case, in which the Supreme Court decided to make abortions legal, only within the first trimester of a pregnancy.

The case was based off the stories of two women seeking abortions for distinctively different reasons. Due to the laws of the states in which the women lived, Texas and Georgia, they were forbidden rights to the procedure.

Before 1973, a woman could not lawfully receive an abortion in Texas unless a physician concluded that giving birth to the child would put her life in jeopardy. In Georgia, the law required a woman to first seek permission for the procedure from a panel of doctors and hospital officials.

The cases were heard and the decision to allow women the right to a private abortion within the first trimester of conception was made.

However, all abortions done after the first trimester were deemed illegal and each individual state was given the right to intervene as they saw fit.

“Our mission is to fill the tide between the various life issues,” said Bill Samuel, president of Consistent Life, a pro-life organization in the Washington area. “Abortion, euthanasia, racism, the death penalty and poverty are all connected.”

Samuel said the organization hopes to bring an end to these interconnected issues.

“Many women feel pressured into abortions because of a lack of support, which is a symptom of other problems in our society like poverty and racism,” he explained.

The issue over a woman’s right of choice and the right of the life she is bearing is a debate that is not nearing its end.

Bethany Brown, 19, a student who just moved to the area from Tennessee, said the topic of abortion is one without a simple resolution.

“I’m mainly against [abortion] but there are many different circumstances, like if a woman’s life is in danger or if the woman did not consent to the act,” Brown said. However, she said that abortion should not be outlawed in the United States to maintain women’s options. Samuel said that abortions are “a threat to human life everywhere.” With the upcoming presidential election, Shauna Strellish, a 21-year-old student at American University, said that there are more important issues than abortion to sway her one way or the other.

“I’m more concerned with the war of Iraq, the economy and the education of the nation’s children,” Strellish stated. 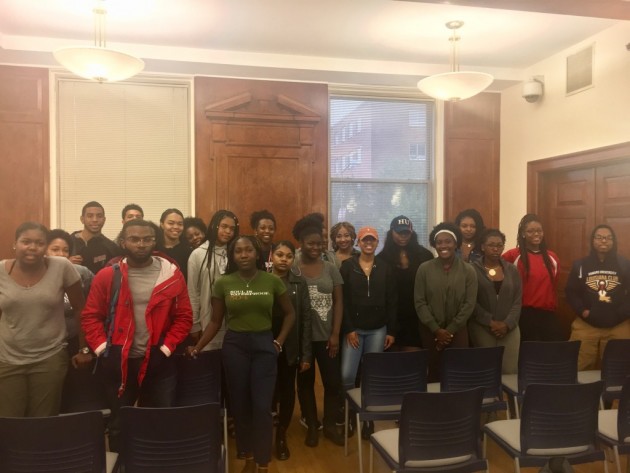