In what has become known as the race that will likely determine D.C.’s next mayor, today’s mayoral primary stirred up incumbent Mayor Adrian Fenty and Council Chairman Vincent Gray supporters on streets near every precinct.

However, to some voters in the area, the atmosphere portrayed by the signs was far from the truth.

Outside the precinct, two white chairs served as the seats for Gray supporters who had been taking turns – and one who had been there since 7 a.m. – to persuade voters entering the precinct to vote in his favor.

“It took me a while to get to that decision,” said Sharlene Kratz, a 64-year-old retired Ward 3 resident. “I finally went with someone who I think can manage a lot of different interests and get them all to work together.”

Kratz clung tightly to the large red, white and blue “Gray” sign in front of her and proudly said she voted for Vincent Gray.

Down the street, 20-year-old American University student Greg Matlesky shook his hands as cars passed, waving them down and reminding them to vote in Fenty’s favor. The two-year Washington resident reflected on his memories upon telling his family and friends he was coming to D.C. for school.

“I heard how awful D.C. was, the murder capital of pretty much the country,” Matlesky said. After deciding to move to the District from New Jersey, he began to follow Fenty’s work and said he believes the incumbent has done great work for the city and for education.

At midnight, the winner of the D.C. primary had yet to be announced, but with District residents seemingly caught between Fenty and Gray – and polls showing a 56 to 42 percent lead by Gray – the closing results are sure to be tight.

Other candidates for the D.C. mayoral seat include Ernest Johnson, Leo Alexander and Sulaimon Brown.

You can Change the Spelling but not the Pain

This was derived solely from hate and anger, and you just can't recreate it.Leroy G. Comrie Jr., New York City CouncilmanThe derivative here is "nigger" and all… 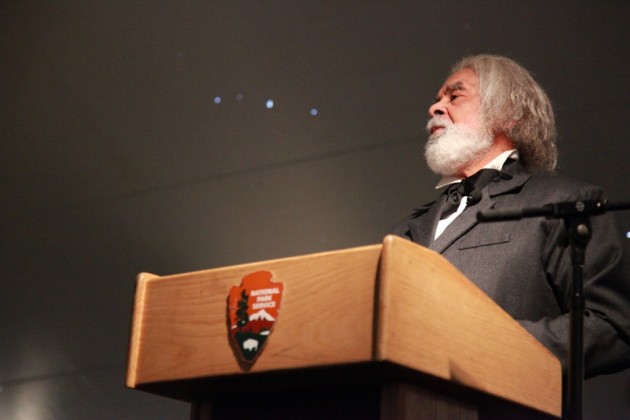 Urban Outreach Inc. is a community outreach program that designed to “raise up a people of hope, empowered by the Gospel to impact their community for Christ,”…

Colleges Fight to Get and Keep Black Males

It was Joshua Almond's first semester grade point average of 3.53 that gave him the motivation he needed to succeed at West Georgia State University. But, Almond…