“On November 7th, 2017 in a forum of six commissioners, present Advisory Neighborhood Committee members voted unanimously to support the surplus and disposition of the MLK Gateway site to the MLK Gateway partners LLC,” Fuller said. Fuller expressed that this support is contingent on “the completion of a community benefits agreement.” The exact details of the agreement will be disclosed after “90 days,” Fuller said.

The development will provide “over 250 permanent jobs,” to the Ward 8 community Menkiti said. Ward 8 that has a roughly $30,000 a year median income per household is looking for ways to increase jobs and build its community.

The MLK Gateway LLC. disclosed that it would be placing a Menkiti Group hub and real estate academy at the site along with the Enlightened Inc. headquarters. Enlightened Inc.’s goal will be to, “Bring tech to historic Anacostia,” Menkiti said. Menkiti Group and Enlightened LLC. make a “combined 100 million dollars in annual revenue,” and were recognized as “two of the fastest growing inter-city businesses in the United States, ” by Fortune Magazine. The two were honored for the 2015 fiscal year. Enlightened has been honored every year since.

Along with job and tech building, the MLK Gateway LLC., has partnered with the

D.C. based, Good Food Markets, to provide a fresh produce market to the site. A GFM spokesperson said it is the companies innovative to provide, “access to fresh produce, groceries and healthy prepared food in areas that have been written off by the grocery industry.”

Ward 8 city council member Trayon White Sr., relayed Ward 8’s desire to partner with Enlightened Inc. in order to expand career technical education within the Ward, “Not only for our students, but also for our residents,” White said. He went on to issue his approval of the MLK Gateway partners, but also promised those in attendance along with his Ward 8 community that he would be paying very close attention to this development to insure that all parties are working for the betterment of historic Anacostia. “While I’m excited that this project is aligned with so many of desires such as: high tech job training and abstaining food options, it is also important that we ensure that the development team actually meets the goals they have articulated,” White said.

Following the testimonies of the public witnesses and Councilman White, the Council members moved to and in a unanimous disposition council members Cheh, Allen, Evans and Todd voted Yes, to the proposal of the MLK Gateway LLC. 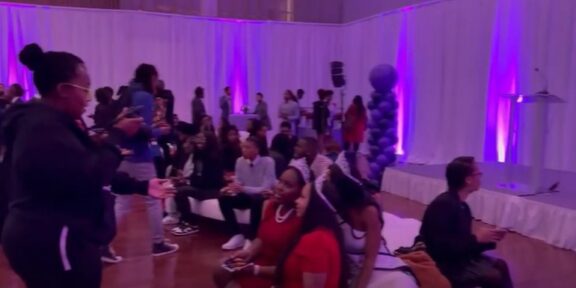