Rapper DMX was arrested after causing a three-car collision on an expressway in New York this past weekend.

DMX, 34, whose real name is Earl Simmons, collided with another car causing it to hit a police vehicle on Friday, on the Major Deegan Expressway in the Bronx. Two police officers and the driver of the first car were treated for minor injuries. Simmons was arrested and charged with driving with a suspended license following the incident, and was released shortly thereafter, according to Reuters.

Last year, DMX was arrested for posing as a federal agent at New York’s JFK Airport. The rapper drove an SUV and using flashing lights and a siren, chased a man through the parking lot and crashed into a toll booth. He stopped another vehicle and claimed to be a federal agent before speeding away. DMX pleaded guilty to the JFK charges. He received a suspended license, a fine and his SUV was confiscated, according to BET.com reports.

A week later, Simmons also was arrested on a separate account of driving with a suspended license and speeding and pleaded not guilty to those charges.

Cleaning up your house usually isn’t considered a crime--but if your house is the New Orleans city government, it just might be. Recently, New Orleans' first… 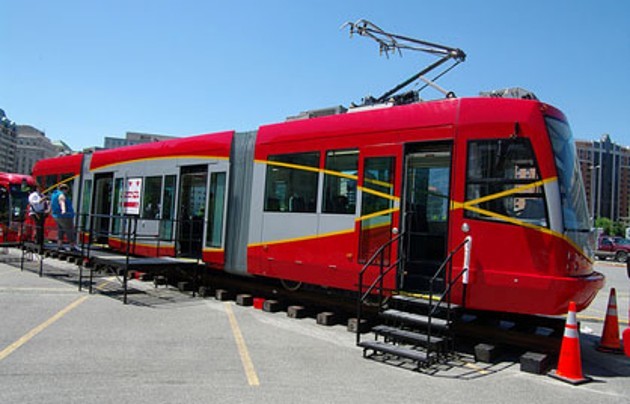 H Street NE Gets First Service   It has been 52 years since streetcars served as transportation for the city of Washington, D.C. In the early 20th century,…