Does it seem like every time you turn around some “rapper” has anew clothing line?  Well, it is true.  The fashionindustry has been overrun with musicians turned designers. These hip-hop moguls have learned to capitalize on the boomingbusiness of fashion.

Artist such as Nelly, Jay-Z, Eminem, Wu-TangClan, and even “Birdman,” have clothing lines, accessories, andsneakers.  These innovative artists have discovered thefascination with the fuse of hip-hop and fashion.  Theyunderstand that their fans not only love their music but also wantto emulate their dress.

On of the largest, hip-hop inspired, clothinglines is Sean John, created by Sean “P. Diddy” Combs. Introduced in 1998, Sean John was created with a focus onsportswear for men.  Now six years later, Sean John, isa sophisticated, international brand with clothing for men, women,and children.  The company prides itself on not being a label,but a lifestyle.  P. Diddy has even been recognized by theCouncil of Fashion Designers of America and nominated for theirexcellence in design award three times.

Not only has Jay-Z’s clothing line,Rocawear, done extremely well, but even his lyrics inspire anew way of dress.  In a recent song Jay-Z states, “I don’twear jerseys, I’m 30 plus, give me a crisp pair of jeans, n*%$@button ups.”  The surge in African American males wearingbutton down woven shirts was immediately noticeable.  WhenJay-Z says something, his fans take notice.

As a newcomer to the fashion game, Nelly hasexcelled quite quickly.  With two clothing lines,Vokaland Applebottom, Nelly has made the most of hisfame and talent.

Vokal, which was introduced in Novemberof 2001, is catered to men ranging from 13 to 30 years ofage.  Nelly’s line includes hoodies, jerseys, jeans, sweaters,t-shirts, hats, and headbands.  Nelly’s newest adventuredelves into the world of women’s fashion.  Applebottom,launched in 2003, is named for the likeness an apple resembles to awoman’s derriÃ¨re.

Not only are these hip-hop artists trying tomake another million by entering the world of fashion, but they arealso studying what makes a clothing line the best it can be. These clothing lines are not just urban representations gearedtowards Black males, but fashionable apparel for all.

Rocawear, Sean John, Vokal, and Applebottomcan be found at any major department store. 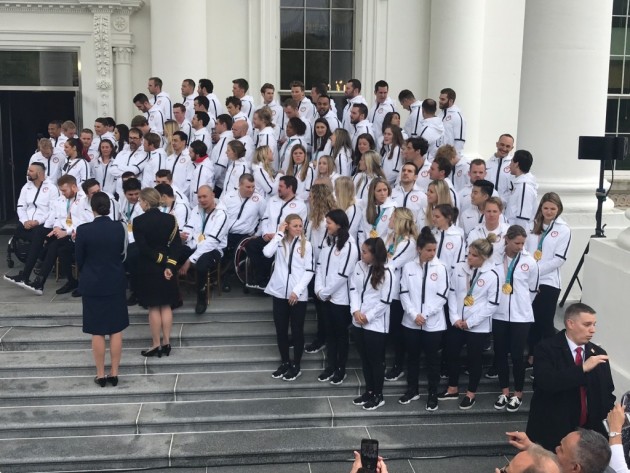