LOS ANGELES (HUNS) — As a member of this year’s NFL Experienceship class, I had the opportunity to attend the Super Bowl in Los Angeles. I spent time with my NFL mentor on sets, capturing footage for the NFL Films “Generations” shoot. As a student-athlete, journalism major and sports administration minor at Howard University, I have a strong desire to tell compelling sports stories.

11:28 p.m. PST: I’m so happy I’m done traveling. The nonstop flight from Washington, D.C., to Los Angeles was six hours long, but I am so happy that I made it safely. After checking in, I looked around the hotel and grabbed dinner. Now it’s time to get some rest to prepare for the long day ahead of me tomorrow.

12:07 p.m. PST: I just finished sitting in on radio host Big Boy’s interview with Dr. Dre, Mary J. Blige, Big Boi and Snoop Dogg who will perform at this year’s halftime show. This is crazy! I can’t believe I’m experiencing this right now. Now I’m headed to another hotel to set up for the NFL Films “Generations” shoot. This shoot will feature a current NFL star and an NFL legend. The two will sit down and have a more intimate conversation while watching highlights and film from each other’s career.

7:32 p.m. PST: I finally finished helping the production crew set up for the shoot tomorrow. I helped position cameras, change lighting and adjust audio combinations, and I helped grab furniture for the shoot. Apparently the first shoot will have Dalvin Cook, running back for the Minnesota Vikings, and Edgerrin James, former running back for the Indianapolis Colts. The second shoot will feature Seattle Seahawks quarterback Russell Wilson and Hall of Fame quarterback Joe Montana. I’m so excited!

10:39 a.m. PST: Nothing like an early morning call time! Cook and James should be arriving in about an hour so. Now we are just doing some last-minute changes and waiting for them to show up. Hopefully, they’re nice.

1:15 p.m. PST: The shoot was fantastic. Cook and James had a great conversation over film and just had a chance to pick each other’s brains. It was so interesting to hear professional football players talk about their craft. James loved seeing film of Cook switching hands with the football mid-play. Besides that, both athletes were really cool, and it was a pleasure working with them. I didn’t realize how much time went into simply setting up sets compared to how short the actual segment took to shoot. Nonetheless, this is a great experience, and I can’t wait to meet Russell Wilson and Joe Montana in a couple of hours.

5:06 p.m. PST: The shoot was amazing. I cannot believe I just worked on set with Russell Wilson and Joe Montana. This is huge! Shockingly, I wasn’t star-struck and the two of them were very nice. I understand that you can’t be star-struck as a sports journalist, but for now I’m just trying to enjoy this experience as a student. Now it’s time to wrap everything up and call it a day. I don’t have to be on set tomorrow, so I’ll just be sightseeing and getting ready for the big day, Super Bowl Sunday!

8:10 p.m. PST: What a day! I’m so exhausted. I’ve done a lot of walking, and I will say that Los Angeles has so much to offer — from the stores, to the people, to the interesting buildings. I spent time in Beverly Hills and Downtown Los Angeles. This is all so new to me. I’ll definitely visit again so I can go to the beach. I’m also very excited to go to the Super Bowl game tomorrow. This all feels like a dream! I know that this is a once-in-a-lifetime opportunity so I should get some rest. I have to be ready to soak in everything.

1 p.m. PST: I’m on the shuttle with a few other people from my hotel, and we are headed to the game. The ride is about an hour, so I’m going to get comfortable and take a nap.

2:04 p.m. PST: Wow, we’ve finally made it! The parking lot isn’t too full since I’m really early. Nothing is too crowded and hopefully the lines to get in aren’t too long. We’ll see.

2:30 p.m. PST: Thankfully the lines weren’t long at all. I didn’t even have to wait in a line for security, and I got right in. For some reason, they didn’t check for my vaccination status or for my negative COVID-19 test. Nonetheless, I see so many NFL fans wearing their favorite team’s jerseys and even some cool costumes. We’re in LA, but Cincinnati showed out!

3:35 p.m. PST: Alright game time! Cincinnati Bengals vs. the Los Angeles Rams! The Los won the toss and are electing to receive. This all feels so surreal. I’m enjoying every second of this!

5:30 p.m. PST: The halftime show just ended, and it was amazing! Seeing all of those great artists perform blew me away and it truly did live up to the hype. I’ve always loved watching the Super Bowl halftime show on TV, but it’s totally different in person. I see all of the super fans, the lights, the jumbotron. This is so crazy! The transitions were really clean and seeing them set up everything was super cool. I loved the old-school cars.

7:30 p.m. PST: On the shuttle headed back to the hotel. I’m exhausted, but this was such a great experience. Not only did I just watch Dr. Dre, Snoop Dogg, Mary J. Blige, 50 Cent and Eminem perform, but I also got to watch a great game between the Los Angeles Rams and the Cincinnati Bengals. Congratulations to the Los Angeles Rams on winning Super Bowl LVI! I can’t wait to see what next season has in store.

6:45 a.m. PST: Wow, what a weekend! I’ve experienced so much over the last four days and I know for a fact that I can see myself working in this realm of sports. I loved every second of it! I’m incredibly grateful for having had such a great opportunity not only to gain practical experience and information for a potential article, but to have so much fun doing it as well.

Monét Bowen covers sports and other topics as a reporter and regional bureau chief for HUNewsService.com. 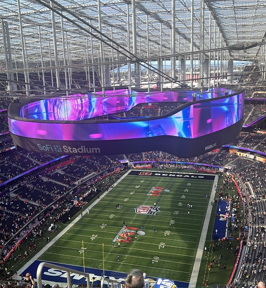 By Monét Bowen Howard University News Service LOS ANGELES (HUNS) -- Super Bowl LVI was one for the ages. Both teams put up a good fight until the clock struck… 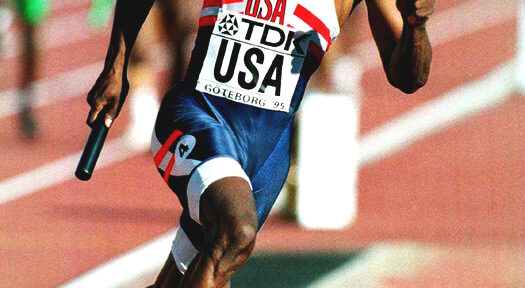 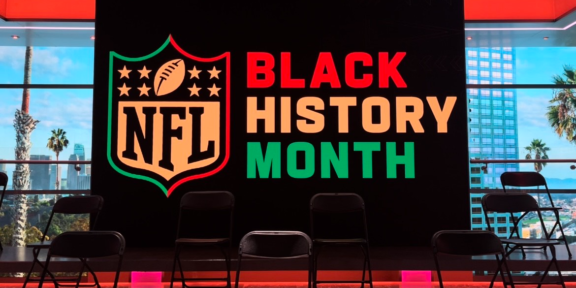 By Sarah Jones-Smith, NewsVision During…