Middle school for many people was awful. It was filled with mean girls, acne, a changing body and standardized testing. However for many, middle school is a crucial part of development. It can shape who a person becomes in the future. Being lost is an all too familiar feeling for girls in their early teens.

For girls who come from lower-income households, often times they are forced to answer these questions alone, with not much guidance.

“We don’t pick a specific type of girl. We’d love to take every girl in her middle school years and help, but we do pick the girls we feel need this the most, the girls that will benefit the most.” Evans said.

Every year “A Bigger Picture” works with middle schools in D.C. to help guide, expose and curate the future ladies of tomorrow. The organization holds different workshops throughout the year focusing on different topics including, self-worth, job opportunities, exposure, and leadership.

“When you’re a young girl, especially an African American…you often go through a stage in your life where you lack confidence, and that’s usually during middle school,” Evans said.

According to 2014 research by the Department of Education, black girls are suspended at higher rates (12%) than girls of any other race or ethnicity and most boys. Groups like "A Bigger Picture" believe they can break this cycle.

“We want the girls to leave each workshop with new found confidence. It’s amazing to see the girl that used to sit in the corner and not talking during the first few weeks blossom and command the attention of the room when she’s finished with the program,” said Lauren Williamson, a board member for the organization.

For many of the girls, A Bigger Pictures gives them the opportunity to see the world in a new light. “They get exposure to a lot of things they wouldn’t see elsewhere,” Evans said.

“We show them things they’ve never seen, allow them to meet people they’d never meet and help them broaden their goals and spectrum.”

Every year the girls are given an opportunity to travel to New York City for a weekend filled with culture, lessons, and fun. “As a kid, I was able to travel with my family but now as an adult, I realize just how influential that was, for a lot of these girls they’ve never been out of D.C. So to take them out of their city, out of their comfort zone, even if it’s just to a close city is eye-opening to them, they see opportunity outside of D.C.”

DC Fashion Week 2009 Brings out the Best in the Latest Local Trends In an exhibition of District modish flair, the Festival Fashion Show showcased some of the latest… 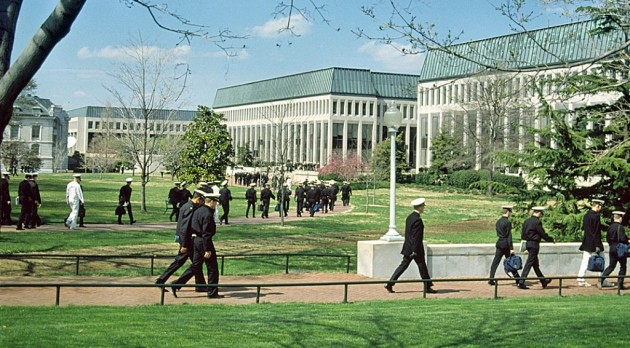