Israel has suspended food deliveries to the Gaza strip.According to the United Nations, the restrictions surfaced aftersuicide bombers hid in food containers to flee the area aftercommitting an attack. “At the moment we cannot trust anything,especially since the death of Hamas leader Sheikh AhmedYassin,” a spokesperson said. “We are exercising extremecaution.” The bombing which occurred on March 14 left 10people dead near the Israeli port at Ashdod.
Andrea Thomas, a junior business major, said that the issuescausing the violence need to be addressed. “The heads of thesenations need to sit down and resolve the fundamental issuescreating the social tensions before any change can takeplace.” UN chief, Peter Hansen, in charge of Palestinianrefugees, said that the stoppage of food delivery could cause600,000 people in the Gaza Strip to face real hunger.

A statement from the UN Relief and Works Agency (UNRWA) reportedthat Israel’s refusal to allow empty freight containers out of Gazameant UNRWA had to pay prohibitive rental payments to shippingcompanies that own the containers. “We rent those containersfrom the shipping line,” UNRWA official Christer Nordahl toldthe Associated Press. “Not being able to return them means wehave so far run up a bill of $500,000 and it’s increasing everyday.”
Two-thirds of the families in the Gaza live in extreme poverty andunemployment is around 50 percent. The halt in UNRWA’s foodprovisions like rice, flour and cooking oil among other essentialitems could severely affect these families. Emergency rations insome regions have already dropped from 60 to 40 percent because oflimited funding.
Mike Andrews, a sophomore biology major, said that measures need tobe implemented to restore the delivery of aid to the Strip.”People’s lives are at stake on a daily basis because of theunrest in the region, but if aid and food can’t be delivered thesituation is exacerbated.”
Hansen said that “if the new restrictions in Gaza continue, Ifear we could see real hunger emerge for the first time in twogenerations.” The agency says some aid workers are also unableto enter the Gaza Strip now because Israeli restrictions force themto cross the border in exposed areas, “creating unacceptablerisk and danger.”
“Israel’s legitimate, and serious, security concerns,”Hansen said, “will not be served by hindering the emergencyrelief work of the United Nations.”

The threat of severe weather from Hurricane Irene in early September forced organizers to postpone the dedication of the Martin Luther King Jr. National Memorial… 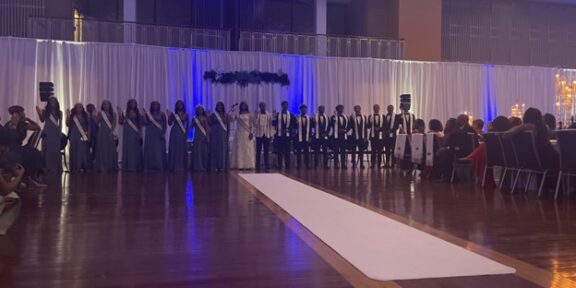