Even though it was the final stretch of the district mayoral race, tension among supporter of opposing

for both candidates filled the 14th and U Street intersection. But among those cries, the sounds of boos

and profanity could be heard in the commotion. It was an example of the divide this mayoral race has

placed on the district.

negative responses from passers-by as they campaigned for the incumbent mayor. One driver even

jeered at the two women as they walked down the street. According to Dedeaux, 18, this behavior is

“There was one man who was completely rude towards us,” Dedeaux said. “He came up behind a group

of us, being very loud and disrupted our conversation. I’ve seen one [Vince] Gray supporter arguing

with young Fenty supporters, saying ‘You don’t know what you’re talking; you can’t even vote.'”

“This is the most negative campaign I’ve been a part of,” Conyers said. “Some Gray supporters act as if

they are not going to be our neighbors after the election.”

“I would love it if I could walk up to someone’s door and they said, ‘Hello young man. I like Gray for this

reason, and I don’t like Fenty for this reason.’ It’s never that. It’s never a democratic debate. It’s about

racial and age differences. Just look at the opposing campaign. Some people say, ‘I’ve been out of a

job for five years, or I’ve been laid off for 10 years.’ Mayor Fenty has only been in office for four years.

None of these issues have to do with Fenty.”

Alexander Freeman, 50, a Fenty volunteer and student at Westwood College, received some of the

more disturbing insults as he tried to rally in more voters. “F— Fenty!” and other profane insults were

hurled at the D.C. resident by passers-by and cab drivers. However, Freeman never deterred from his

Despite some negative responses, Ibrahim, 18, says that many people were receptive, whether they

“Some people have been really receptive,” she said. ” We’ve had conversations with people who were

on the fence, but they were willing to listen.” Novella, a passionate Gray campaign volunteer, was not

shy about vocalizing her opinion on the controversial race.

“Fenty has turned his back on the D.C. people, and he has done it with a level of arrogance–almost like

to reveal her last name, fearing that doing so would hinder her son’s council bid in Prince George’s

“But since I’ve been associated with Mr. Gray, I’ve noticed that his interests are my interests and my

Although the opinions were strong at the polls, campaign volunteers remained cordial toward their

opponents. There were no hurled insults. No shouting matches. No chairs thrown. In fact, the two

opposing sides engaged in friendly banter; never forgetting that they were still neighbors at the end of

Something Happens Everyday on the Georgia Avenue Bus

Matthew Cooper 70 and 71 Bus Reflect Character of Community Transit up and down Georgia Avenue may prove to be a daily adventure for residents of Northwest DC.… 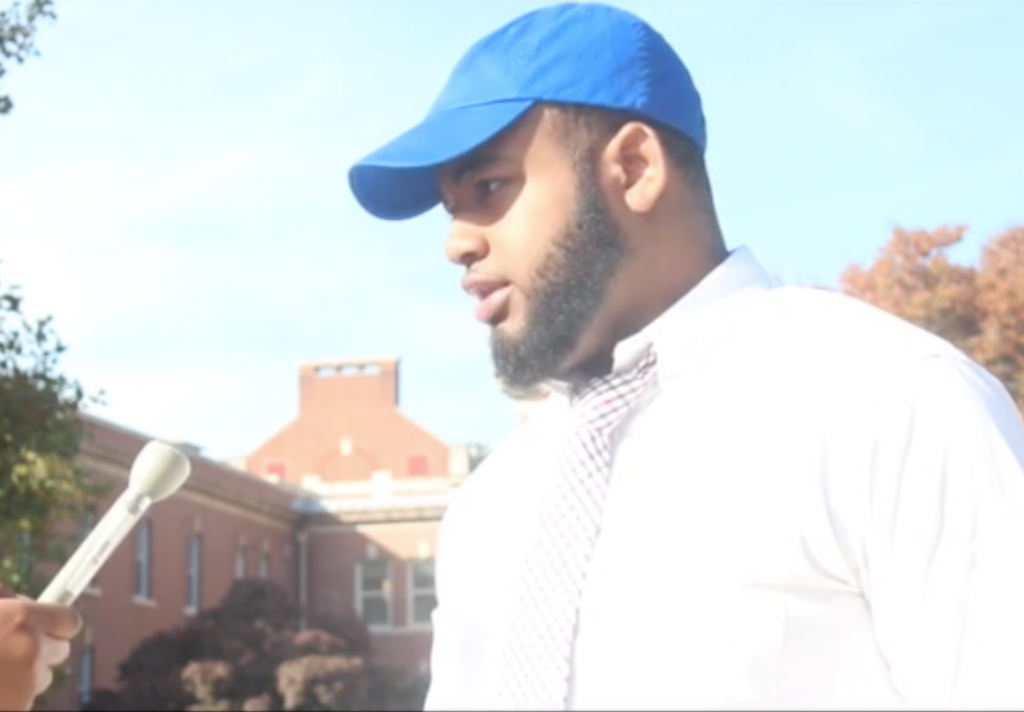