The publisher emeritus of the Washington Afro-American Newspaper died last Tuesday. She was 85.

Frances Murphy II was the first woman to chair the Afro-American Newspapers board of directors and author of the Baltimore Afro-American column “If You Ask Me.”

Murphy comes from a long line of notable history makers. She is the daughter of legendary publisher Dr. Carl Murphy and Vashti Turley Murphey, a founder of the Delta Sigma Theta Sorority Inc. She is also the granddaughter of the founder of the paper.

A pioneer in journalism, Murphy mentored many. According to an article in the Afro-American, she mentored the Washington Post’s Hamil Harris and the Washington Examiner’s Jonetta Barras. Murphy’s mentees also included Stacie Royster, Howard University’s media relations manager.

“Mrs. Murphy’s contribution to this newspaper, the world of journalism and the African-American community will last well beyond her lifetime,” John Oliver, publisher of the Afro, told reporters. “Her action-based news coverage, leadership and community involvement has transformed the culture of news in a way that today’s journalists and journalism students can appreciate.”

Funeral services for Murphy will be held Nov. 29 at St. James’ Episcopal Church in Baltimore at 9 a.m.

Remembering Murphy, Oliver said, “As we continue to move this newspaper toward greater community involvement, we will certainly recognize the spirit of Frankie as being very much still with us.”

Do Black Women Get Eating Disorders?

For most people, when they hear the term “eating disorder”, the image of a young, middle class female comes to mind. But, health experts have recently… 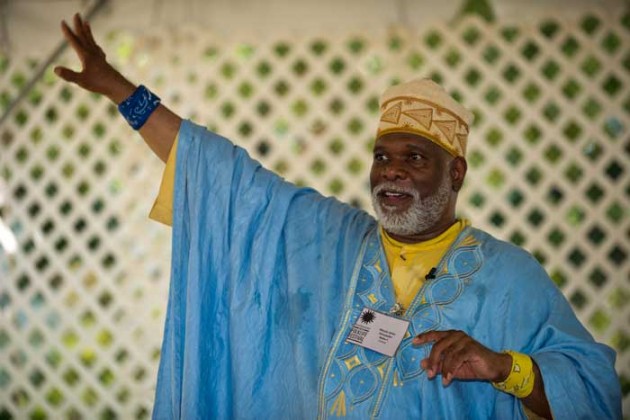 A Homeless Teen Night Shares His Poetic Thoughts Christopher Feaster is a graduating senior at the Hospitality High School of Washington, D.C., who currently lives…