It was Joshua Almond’s first semester grade point average of 3.53 that gave him the motivation he needed to succeed at West Georgia State University. But, Almond didn’t get that GPA alone. Having been a good student in high school, Almond had some help with the often difficult transition into college academia.

When he arrived at West Georgia State in 2006, he was greeted with open arms by other Black males who were part of the Center for African-American Male Research, Success, and Leadership (CAAMRSL).

“CAAMRSL is definitely making a huge difference in the lives of African-American males and is shaping the campus of the University of West Georgia into a production factory of intelligent, resourceful, and great African-American males,” Almond said in an interview. Almond doesn’t believe he would have been able to make it as far as he has without the strong support system that CAAMRSL has provided. He is not alone.

In higher education Black males have lagged behind Black women and their counterparts for decades. Since 1990 Black women have increased their four-year college graduation rate by 14 percentage points, now standing at 48 percent. For Black men, there was a nine-percentage point gain during a 17-year period, and their graduation rate is now 37 percent.

According to the Journal of Blacks in Higher Education, African-Americans at colleges and universities across the nation have a ‘very low’ graduation rate of 44 percent. Despite the disparities in the graduation rates of Black males, there are strides being made across the country to help them get into and stay in college.

According to data provided by the Georgia State System African-American Male Initiative (AAMI), of which CAAMRSL is a part, the gap between the enrollment, retention and graduation rates of African-American males and females has decreased.

In the fall of 2002 when the initiative began, Black female enrollment had increased by 9.5 percent while Black males had increased by 7.2 percent. In 2007 the gap had decreased and Black males were enrolled at a higher growth rate with 7.4 compared to females at 4.4 percent.

Sewell, director and founder of the center, said there are currently 80 males who are a part of the center. 80 percent of the males graduate within four years and 95 percent within five years. “Although these numbers may seem great, they aren’t because we can do better and we will,” Sewell said. “Within the next four years we’re going to have a 100 percent graduation rate.” Arlethia Perry-Johnson, the director of the Georgia State System AAMI, credits grant donations with the increase in Black males entering, being retained and graduating. In 2006, the initiative received a $100,000 grant from the Lumina Foundation and this year it will receive a grant for $500,000.

There are many other African-American Male Initiatives across the country: Clemson State University, in South Carolina, has its Call Me Mister program, used to recruit African-American male teachers. The University of Nebraska houses the Melvin W. Jones Scholars’ community, which is designed to help minorities of different races, and ethnicities adjust to college life. The City University of New York has a Black male initiative that focuses on increasing the acceptance and retention of Black males through programs and activities. At the University of Maryland, which houses the Nyumburu Black Male Initiative, the 2005 retention rate of African-American males was 28 percent. Today it is nearly 50 percent.

Solomon Comissioning, assistant director for Student Involvement and Public Relations for the Nyumburu center, said that part of the reason there has been an increase is because of Nyumburu, which began in 2005. Comissioning, who graduated from the University of Rhode Island, knows first hand how difficult it can be for Black men to transition into a university. Especially if they do not have a safety net.

One of the reasons that Comissiong said he was able to make it through Rhode Island, was because of the Black Student Union that gave him the support he needed. “The odds are stacked against them once they get here,” Comissiong said. ”A lot of Black men are attracted to schools for athletic reasons and when they get to college it’s a complete culture shock. If there isn’t a BSU or another place for them to turn to, many of them either transfer or drop out.” Rin McGrew, information technology support assistant and facility supervisor, said that a lot of the problem is what some Black men are lacking before they get to college. “Guidance is not something you get as young man,” McGrew said. “It has to be reinstalled in you in junior high school, high school, and again in college.” A part of the Nyumburu Black Male Initiative means reaching out to youth at middle schools, high schools and juvenile facilities to prepare them for the college culture.

But, many who make it in still slip through the cracks.

In 2007, Aaron Bradshaw was in his third semester at Howard University. He never thought it would be his last. After his second semester he was put on academic probation and he was not able to get his GPA high enough in his third semester. “I blame myself first,” Bradshaw said. ”I had horrible study habits, I wasn’t focused, and I wasn’t prepared.” Bradshaw said that although most of the blame for his failure to matriculate successfully is on him, he would like to see a stronger support system for Black men at Howard.

HBCUs are working on the problem. In the school of communications at Howard, there is the Man Up program, founded in 2005 to focuses on the retention rate of Black Males. If a male students GPA falls below a 2.0, he is required to join Man Up. ”If they need help and we can’t give it to them we find it for them, we make sure they get it,” said academic advisor Lincoln Brown. “Man Up is a platform where they can come to address the issues that they are facing.”

Still, Brown said that he has encountered many different issues where men do not return to the university. Some of the reasons offered as to why African-Americans are not graduating at higher rates from HBCUs as well as non-HBCUS is that many of them come from lower income households and they are not prepared for collegiate academics. Many of the African-Americans who attend universities like Yale and Harvard are coming from backgrounds where they are getting the preparation to succeed in college.

“A lot of Black men are not coming from the same type of schools or households that their counterparts are coming from,” Comissiong said. “The issue is that when they get to college they don’t have the skills they should have gotten at home and in the classroom. This happens with Black men at colleges and universities across the board whether it is a predominantly White school or an HBCU.” 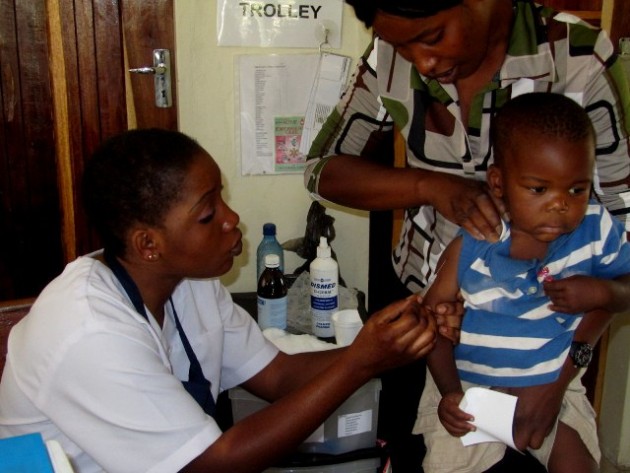 Despite calls from President Obama, the U.S. Surgeon General and others, some parents refuse to vaccinate their children. WASHINGTON -- Public health officials… 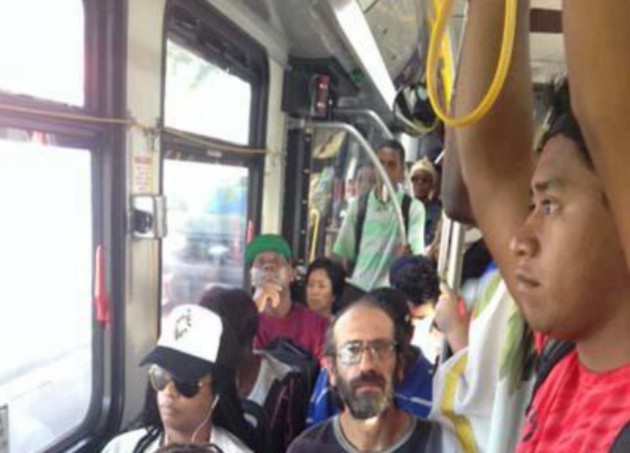 Tribune-owned Blackvoices.com had been looking for a partner toassume control of their site and after several months, AmericaOnline (AOL) has stepped up and assumed…