Candace Smith took the time to fill out an absentee ballot for this year’s midterm elections in Pennsylvania, but was disappointed to find out that her vote didn’t count.

“I paid $13 to overnight my absentee ballot application on the Oct. 25th,” Smith said, “but I got a letter on the 27thsaying that they received my ballot too late.”

As a result, the board of elections disregarded her absentee ballot and told her she could vote in person. Smith, a Howard University student, was hoping that her vote would count specifically for her little brother’s education back in their hometown of Centre County. However, Smith could not make the trip back home.

“It was sort of a slap in the face when I got the letter,” she said. “I thoroughly believe that voting makes a difference.”

Just two years ago, college students across the nation were amped about the presidential election, and participated greatly in submitting absentee ballots, voting in record numbers. An estimated 24 million voters between the ages of 18 and 29 cast ballots in 2008, an increase of 2.2 million over 2004, according to the Center for Information and Research on Civic Learning and Engagement (CIRCLE), a nonpartisan group that tracks young voters.

Now, during the midterm elections, at a time where the votes could shift the power, students again have the chance to prove or disprove their apathetic voting habits.

Like Smith, many college students took absentee voting seriously for this year’s election.

“I made sure I absentee voted because I understand that these elections basically determine the balance of power in Congress,” said Howard University student Chelsea Hall, “and ultimately affect whether or not Obama has potential to be re-elected.”

Due to a Supreme Court decision in 1972, Dunn v. Blumstein, lengthy state residency requirements that prevented students from voting in their college state were eliminated. Since then, students who are away at college are eligible to vote in either their home state or their college state.

But an October 2009 study by Northwestern University’s Center for Civic Engagement found that most college students, especially those from “swing states,” choose absentee voting over local voting even though it is more complicated. The study found that students from swing states prefer absentee voting by an 8-to-1 ratio.

Aleesa Mann, a swing state resident, is one of those students.

The Nashville, Tenn., native said she mailed in her absentee ballot last week.

“I hadn’t planned on voting, but because of the issues that are up and the candidates that are running, I felt like I needed to contribute,” Mann said.

Mann said that her town is very conservative and that she wanted to support the more liberal candidates on taxes and immigration.

Despite many individual efforts to participate in the election this year via absentee ballots, a lack of knowledge prevented some from voting altogether, as with a lack of motivation.

“I didn’t participate in this election mainly because I didn’t feel motivated or inspired this time around,” Erin Spencer said. “There was more media attention and campaigning for the presidential election, and I actually knew what each candidate stood for.”

The Montgomery County native said he did not vote this year, or in the presidential elections, because he wasn’t too knowledgeable on the political platforms. The same should apply especially for absentee voters, he said.

“It is very important to vote, but only if you know what’s going on,” Peprah said. “If you don’t know the information about the candidates back home and what’s going on in your hometown, there’s no point in casting an absentee ballot.” 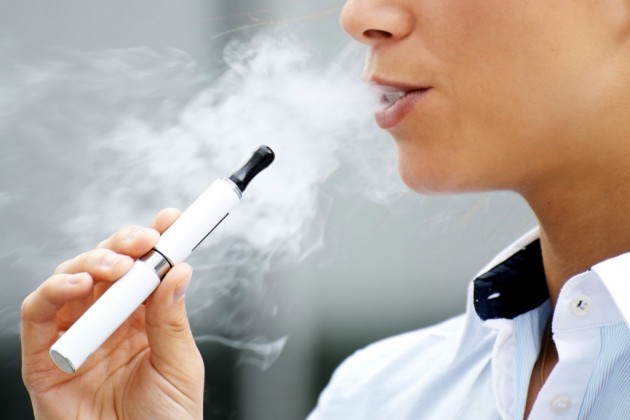 New Cigarette Usage Rising A new report says e-cigarette use among middle and high school students tripled from 2013 to 2014. Many people  turn to e-cigarettes because…