Cleaning up your house usually isn’t considered a crime–but if your house is the New Orleans city government, it just might be. Recently, New Orleans’ first black district attorney, Eddie Jordan, was convicted of racial discrimination against former employees who claimed the only reason they were fired was because they were white.

“While it may be OK for a new district attorney or sheriff to come up and clean house, you can’t clean house with all of one race,” said Clement Donelon, a lawyer for the fired white employees, to the Associated Press. “You can’t fire all the white people to hire your friends, and other black people.”

All but three of the 56 people that were fired, were white.

The firings apparently happened days after Jordan took office in 2003. While he denied that they were racially motivated, a federal jury made up of eight whites and two blacks found him guilty and awarded the plaintiffs approximately $1.8 million in retroactive pay and damages.

Louisiana law prohibits the mass firing of a specific group of people, even if it is intended to promote diversity and the jury was informed to find the defendant guilty if they concluded the firings were racially motivated.

“What I wanted was a win,” said Clemens Herbert, a former investigator who was among those fired. “Money was not the issue. He was trying to disguise racial discrimination through politics, and the jury saw through it.”

“It’s almost like a catch 22,” said Enjoli Snowden, a 22-year-old from University of New Orleans. “Those were the people he felt would be up to par to complete the duties of those positions, but if I was one of the fired people, I guess I would feel like I had job security for being there so long.”

Snowden continued, “the other thing also is that he may have honestly felt that it would better serve the city if the government mirrored the people in the workforce.”

In fact, in New Orleans where the work force is nearly 70 percent black, even after the 53 white employees were fired, he still retained 57 white assistant district attorneys, according to Jordan’s lawyer Philip Schuler.

Jordan maintains that the firings were not racially motivated and plans to appeal. “We thought the facts as well as the law favored us,” said Jordan to the Associated Press. “I still maintain that I did not use race as a factor in my hiring practices.”

He also said that the DA’s office, which is liable for the damages, could not afford to pay and it was not clear whether the state, city or both, would be responsible for paying the money.

Preceding this controversy, Jordan had an impressive record as a prosecutor and US attorney. The Times Picayune reports that as the chief federal prosecutor in New Orleans, he won a corruption conviction against former Gov. Edwin Edwards in 2000 for taking payoffs in return for riverboat licenses. 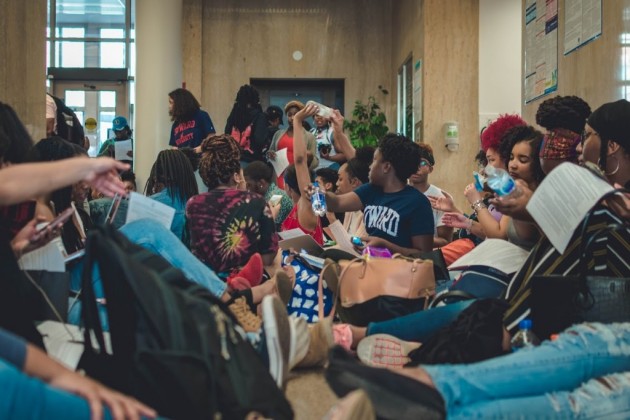 Riders share mixed feelings, conflicts in transition The presidential inauguration won't be the only transition to have a big impact on the District next year.…