Although African-American women are 17 percent less likely than white women to be diagnosed with breast cancer, they are more likely to die from the disease, the American Cancer Society reports.Breast cancer is the second leading cause of cancer-related death among African-American women. Black women diagnosed with the disease are twice as likely as their white counterparts to die within five years, according to a joint study by the University of Colorado and the University of Nevada-Reno. Scientists have not identified a genetic reason why black women are more likely to die from the disease.An article in the Annals of Internal Medicine revealed that African-American women had significantly higher rates of large tumors, advanced-stage tumors, high-grade tumors and lymph node involvement. Research from the National Cancer Institute indicates that they are also more likely than white women to develop more aggressive forms of breast cancer and to develop it at a younger age.Several organizations, including Sisters Network Inc. (SNI) are working to inform African-American women about the risks of breast cancer.”The organization was founded by Karen Eubanks Jackson, who was a breast cancer survivor who started the organization because the information was not being funneled down to our sisters,” SNI spokesperson Caleen Burton-Allen said.The group works with organizations like the American Cancer Society to create culturally-sensitive outreach programs that get the message out to African-American women.SNI sponsors various educational initiatives through its 40 nationwide affiliate chapters, including the Gift for Life Block Walk, in which volunteers canvas black neighborhoods to distribute brochures and refer women to resources related to breast cancer.”We’re urging women to take a proactive position in their own health care,” Burton-Allen said.Deforia Lane of Cleveland, Ohio, who is African American, was diagnosed with breast cancer in 1983 at the age of 34. Within two weeks of her diagnosis, she underwent a mastectomy. She also began taking Tamoxifen, which inhibits estrogen’s effect on breast tissue.Lane’s cancer returned 10 months later, and she went through six weeks of radiation treatment and the removal of her ovaries. The ovaries are sometimes removed in breast cancer patients because they are the body’s main source of estrogen, which can contribute to abnormal cell growth.”That was, for me, a struggle because it meant the end of a certain feeling of being a woman,” Lane said. “There’s a certain feeling like a female with female hormones that I didn’t want to lose. Emotionally and physically, that was much harder than losing the breast.” As part of an American Cancer Society support group, she wrote and recorded a song called “We Can Cope.” Her autobiography, “Music as Medicine,” details her experience with cancer.Lane is the Resident Director of Music Therapy at the University Hospitals of Cleveland Ireland Cancer Center. Through a grant from the Susan G. Komen Foundation, she and two fellow breast cancer survivors developed “Sing, Sister, Sing,” a 20-minute skit in which women share their stories and dispel myths about cancer.”I think it’s given us a higher awareness of life, a desire to enjoy it and maybe not look at the petty stuff so much,” Lane said of how her experience affected her family, husband Howard and sons Ernest and Martin. Research and breast cancer awareness advocates point to a lack of proper screening as one reason for the higher rate of death associated with breast cancer in African-American women. Black women receive mammograms less often than other ethnic groups, and among those diagnosed with breast cancer, 34 percent receive inadequate screening.According to Lane, a lack of knowledge, racial disparities in health care and an African-American culture that often makes discussion about health taboo contribute to the problem.”Culturally, I think we tend to hush hush about these things” Lane said. “We present later because we ignore. We’re strong black women who tend to be caregivers, not caretakers.”

Warning Signs (Source: American Cancer Society)• A new lump or mass in the breast• Swelling of all or part of a breast (even if no distinct lump is felt) • Skin irritation or dimpling • Breast or nipple pain • Nipple retraction (turning inward) • Redness, scaliness, or thickening of the nipple or breast skin • A discharge other than breast milk Recommendations• Monthly breast self-exam starting at age 20• Clinical breast exam every three years in 20s and 30s and annually after age 40• Mammogram every year after age 40• Yearly MRI and mammogram for women at high risk 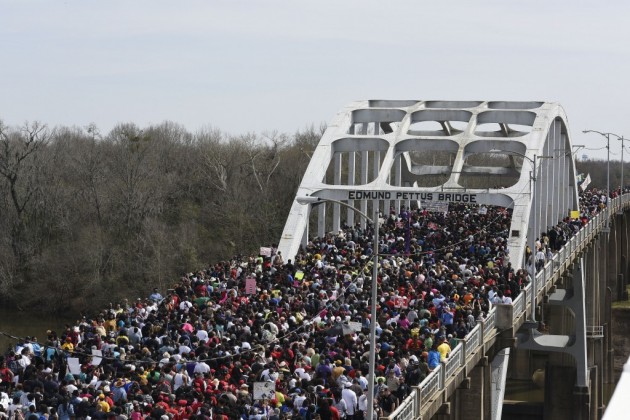