During Holy Week, Venezuelan street peddlers stationed outsideof churches had a new best seller: pirated copies of MelGibson’s The Passion of the Christ. According toreports by the Associated Press, the illegal copies of the filmoutsold the palm-thatch holy crosses, incense and ceramic religiousstatuettes that usually dominate sales.

One street peddler noted that the majority ofthe sales came from young people, with a new interest in a moviedepicting the last 12 hours of the life of Jesus of Nazareth.

I’m not sure what part of this scenarioI’m most appalled by: the fact that the movie had beenpirated, that it was for sale during Holy Week, or that patronspurchased the illegal copies right outside of the churchgrounds.

It makes sense that during this time of year,people would have an increased interest in the life, crucifixion,and resurrection of Christ. My business sense tells me thatwherever there is a need, someone is going to fulfill it. I justhoped that they would use more legal and moral means to satisfytheir curiosity.

All over the world, especially since therelease of The Passion of the Christ, churches havemade information about the life of Christ more accessible toworshipers and nonbelievers alike. Churches like Geist Christian Church, in Indianapolis,created programs, sermons, and discussion groups all centeringaround The Passion.

It seems that the interest in the life ofChrist, spawned by the release of the Mel Gibson’sblockbuster film, has become a trend. It’s what’s hipand sexy. It’s what everyone is doing these days. Some saythat the churches ought to take advantage of the renewed interestthe movie has brought. Are we as humans that shallow andself-centered that we have to be hooked by a movie to recognize thesuffering of Christ for the forgiveness of our sins?

Religion shouldn’t be a bandwagon youhop on because of the popularity of a new release. It’ssomething you should embrace with your heart, and strive to live bybecause of a sincere interest.

DCPNI Focuses on Kenilworth-Parkside Neighborhood D.C.'s Kenilworth Elementary School, which closed at the end of the 2013 school year, is now home to the DC Promise… 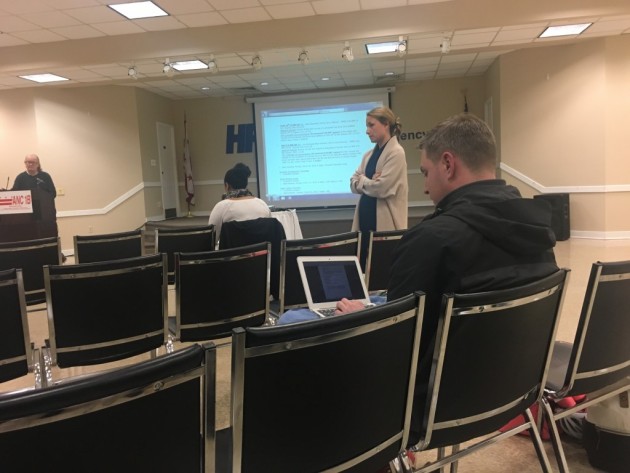 Beyond the Killing Fields

Days of Protest Leading to Kent State Shootings on May 4, 1970 On May 4, 1970, by members of the Ohio National Guard killed four students at Kent State University…