A Look at Recent Developments in Rosa Parks Case; Outkast Dropped From Lawsuit

Rosa Parks, one of the catalysts of the Civil Rights Movement, is in the middle of a six-year-old controversial federal court case involving Laface Records, Arista and BMG Entertainment valued at $5 billion.

In 1999, lawyer Gregory Reed filed a complaint against hip-hop group Outkast group for using her name as the title of one of their songs without permission. While the name Rosa Parks is not explicitly mentioned in the song, the lyrics are suggestive of experiences Parks had during the movement 50 years ago. “"Ah ha, hush that fuss. Everybody move to the back of the bus.”

Reed felt that this song misrepresented Park’s legacy and told the Washington Post that "We just wanted the name off. The music would’ve sold.”  Outkast was repeatedly asked to take Ms. Parks name off of 14 known products that are sold worldwide.

When that request was ignored, Reed put the matter in the hands of the court because he felt that the group was "blinded by corporate greed and arrogance.” Originally, Reed was seeking $5 million but the amount changed when the first case was thrown out last year.

Since that time Outkast has been dropped from the lawsuit but their former label, Laface Records along with Arista and BMG Entertainment whose parent company is Bertelsmann AG are the plaintiffs in the case. Their lawyer, Andrew Beck, is using the First Amendment, freedom of speech, as the music company’s shield.

Settlements as recent as January 31 have been going on between both parties. If they don’t work something out before summer, they will go to court in August. People like Rhea McCauley, a niece to Ms. Parks and a financial planner believe the whole situation is a waste of time and money.

"My poor aunt is being used. Her image is being dragged through the mud for money," she told Washington Post reporters. "I would like those people to let my auntie go, like the pharaoh in Egypt."

McCauley has enough reason to be concerned considering the fact that recent medical records show that Parks has been suffering from dementia since 2002. As a result she cannot testify in the hearing, if in fact the case gets to that point.

Currently, Dennis Archer, as appointed by U.S. District Judge George Steeh, is Parks’ caregiver. He was once the former mayor of Detroit, a Michigan Supreme Court justice and past president of the American Bar Association. He is responsible for keeping Parks abreast of the latest developments within in the case.

Prominent lawyers Willie Gary, who won a $139 million verdict against Anheuser-Busch for the family of baseball slugger Roger Maris, and Johnnie Cochran of the O.J. Simpson murder trial, have been brought on to lend their expertise in defending Ms. Parks. 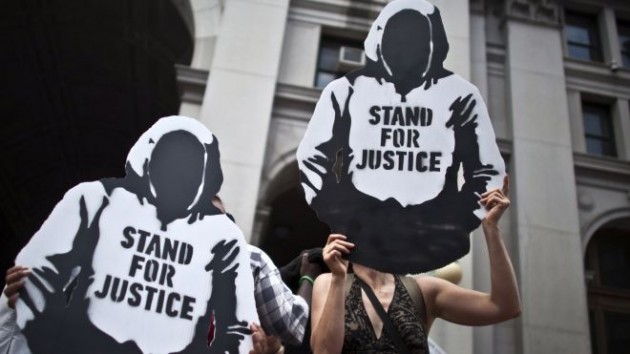 Have you been desperately searching for “12 More Nigger Tunes?” What about an "Aunt Jemima Mammy Jolly Nigger Bank?" If you’ve had a hard…

Martha Stewart was freed from prison early Friday morning after serving five months for lying and obstructing justice in a 2001 stock sale CNN reported.For the…