Manoel de Almeida e Silva, U.N. spokesman,confirmed the abductions but declined to identify the victims ortheir nationalities. But an election official said that the victimswere all women and were believed to include one Irish citizen andone Croatian.

The Washington Post confirmed that the threeU.N. workers were identified as a Filipino man, a woman from Kosovoand a woman from Ireland.

United Nations and Afghan officials said thekidnappers were driving a black jeep armed with AK-47 assaultweapons when they forced the vehicle off the road and beat up theAfghan driver in the Karte Parwan district. The Karte Parwandistrict is not far from a regional office of the Joint ElectoralManagement Body, which was supervising the Oct. 9 presidentialelection.

According to the head of the citypolice’s criminal department, Abdul Jamil, witnesses said thethree were driven away in a dark-colored four-wheel drive vehiclein the direction of Paghman.

When the UN security staff found the vehiclethe doors were locked and there was no sign of a struggle. AbdulHadi Qasemi, an Afghan working for UN security, said thevehicle’s driver was missing.

The Jaish-e Muslimeen, an Army of Muslimsconnected to the Taliban regime, declared responsibilities for thekidnappings during a telephone call to the Reuters news agency.

“The three foreigners have beenkidnapped by us. We’re taking them to some safe place outsideKabul,” Reuters quoted the group’s commander, MullahIshaq Manzoor.

Analysts in Kabul along with co-workers ofthose who were kidnapped believe the three were purposely abductedto disrupt the election by postponing the planned electoralannouncement.

According to the Washington Post, thekidnappings took place just five days after a suicide bomber killedtwo people, one an American woman, on a busy shopping street inKabul. 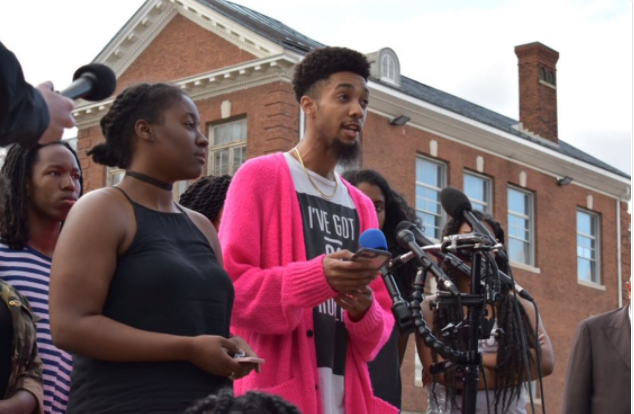 Campuses around the country are taking their campus food services to the next level but most HBCUs still have standard dining services.George Mason University recently…

The United States ranks as number one in the word in incarceration of residents. Washington, D.C. ranks 4th in the country behind Philadelphia and two Tennessee…