It was a full house in the auditorium of Howard University’s Blackburn Center on Tuesday night with students sitting on the floors and standing against the walls anxiously awaiting the debate between President Barack Obama and former Massachusetts Gov. Mitt Romney.

Most of the students were decided voters who wanted to hear how the candidates would address the issues. “I came out because I wanted to see about the issues and I also wanted to see the environment,” said Tiffany Smith, a junior film major. “Seeing everybody else’s opinions are really important as well as, you know, balancing out what people think.”

“I want to hear Romney and see if he can specifically answer a question and be ‘clear’ on his policies; I just don’t believe him,” another student said. “I also want to see how President Obama will perform, given his last debate. He was holding back. I want to see if he will fight back this time.”

As the students began to watch the debate, they saw a more defensive, fiery and combative President Obama, who attacked Romney’s economic plan, healthcare reform and tax cut plan for the middle class. Unlike the last debate, Obama swung back against Romney’s punches.

The president wasted no time. When Romney tried to accuse Obama of bankrupting General Motors, the president immediately replied, “Candy, what Gov. Romney is saying just isn’t true.” The president then attacked the governor’s five-point plan, calling it a “one-point plan” that supports the elite 1 percent.

Obama attacked Romney on his plans to cut Planned Parenthood, ideas on self-deportation and politicization of the recent attack on the U.S. embassy in Libya. The president explained to the crowd of undecided voters that Planned Parenthood is also an economic issue, which is why women should be able to make their own decisions when planning a family.

On immigration, Obama said he filed the “Dream Act” even though his opponent said he didn’t, and tried to pass a law that the Republicans declined. Romney argued that he does not support self-deportation, but rather giving immigrants the choice to stay in America or leave. If elected, he said he would put in a plan to create a path for citizenship.

The intensity of the debate filled the auditorium. Students from around the auditorium began to clap and cheer when Obama took his last punch, swinging directly at Romney over his remark about 47 percent of Americans being a bunch of freeloaders.

Many students said the president came prepared for the second debate However, some thought Obama’s loss in the first debate was part of a strategy. “I saw the first debate and a lot of people were disappointed in President Obama’s performance,” Lauren Coefield, a senior majoring in legal communications major, said. “But I had a theory that that was by design, because my mom always said, ‘Don’t argue with a fool, because no one can tell who the real fool is.’ I knew he was going to come out on top tonight.” 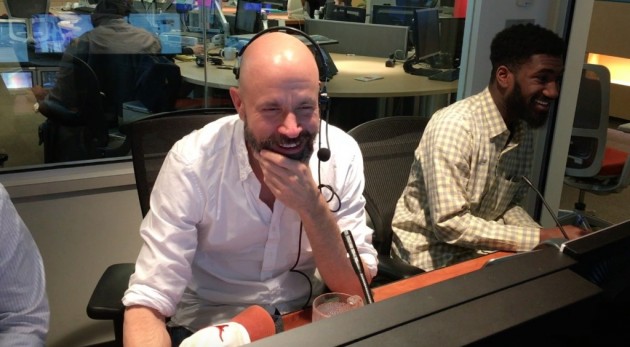